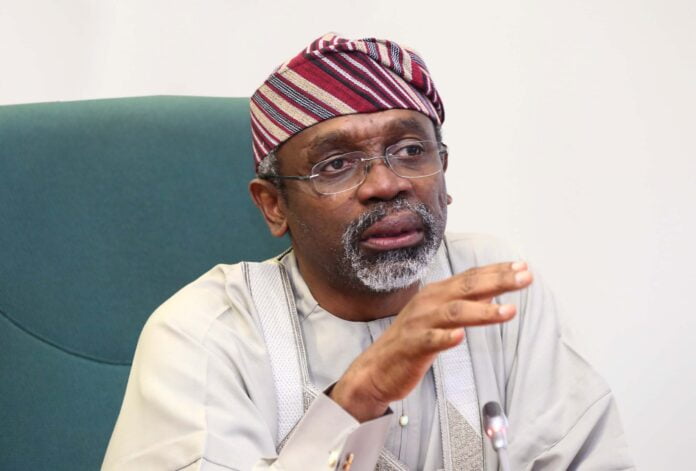 The House of Representatives will partner with the Nigerian film industry to make it perform optimally and boost government’s revenue, the Speaker of the House of Representatives, Femi Gbajabiamila, has said.
Gbajabiamila said the Nigerian film industry has come a long way and that all well-meaning Nigerians, especially government at all level, should support it for the betterment of the country.
Describing the Nigerian film industry, popularly known as Nollywood, as a very critical industry, Gbajabiamila said he has been fascinated and impressed by the output of the industry over the years.
Speaking when he received a delegation of the Movie Directors Guild of Nigeria in his office in Abuja on Monday, the Speaker urged those packaging movies in the country to promote more of Nigeria’s culture.
He said: “Yours is an important industry.
“Your industry has a way of communicating our culture to the outside world.
“So, you’re very critical to the country.
“It’s in our interest to support and partner with you to make things work better.
“Ours is to partner with you to make sure that you get the best.”
Gbajabiamila said one of the challenges bedeviling the Nigerian film industry is piracy, adding: “In working with you, we have to make legislation that will make you work better.
“It’s only in Nigeria that you see people hawk movies on the streets.
“The country is losing revenue as a result of that.
“I don’t think you guys have tapped enough into the potential of the tourism industry.
“There’s no country in the world that has the kind of diversity that we have.
“As much as you’ve been doing well, there’s enough room to do better.
“You guys need to diversify.
“Let me thank you for the level of employment you created in the industry.
“You have chains of people working in the industry, so I want to commend you for that.
“I’ve always identified with the industry, and I’ll always do that.
“I come from Surulere, which is the epicentre of the creative industry.”
Gbajabiamila also said he believes there should be an academy of Performing Arts where the government would be fully involved.
He said: “You should work out a template and liaise with the relevant committees.
“If you set up something like that, government will generate revenue.
“We have too many talents in Nigeria to let it waste away.”
The Speaker assured the DGN delegation that he would talk to the chairman of the House Committee on Tourism to get in touch with relevant government agencies to allow movie producers to use their facilities whenever there was such need, as requested by the delegation.
Earlier, the President of the Guild, Fred Amata, said they were in the Speaker’s office to solicit his support and presence during their forthcoming 20th Anniversary, which would involve a novelty match with the Speaker’s team.
Amata said: “His Excellency has been very receptive to us.
“Whenever we called on him, he obliged.
“When we opened our secretariat in Surulere, he cut the tape.
“There are numerous challenges in the movie industry.
“It’s in need of structure.
“We know you’re aware of this.
“We’re here not just because of the celebration, but what we can achieve using the celebration.”
In a remark, the Chairman of the House Committee on Defence, Rep. Babajimi Benson, called on the movie producers to portray Nigeria’s security agencies in good light at this time of security challenges.
Benson said: “Nigeria is facing security challenges and we all need to be on board to be able to portray our Armed Forces in a good light.
“Your efforts in portraying them in good light will add value to what you’re doing.”
On his part, a veteran actor-turned-politician, Desmond Elliot, said there was a need for partnership between the House and the creative industry.
The member of the Lagos State House of Assembly called on the Speaker to intervene in the area of using government’s facilities to shoot movies, saying countries like the United States allow such without difficulty.