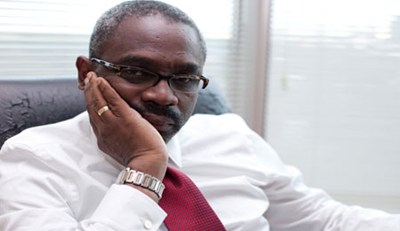 The leadership of the House of Representatives is set to change its Principal Officers when members resume after the Christmas and New Year break in January 2014.
The decision to effect the change is sequel to the  emergence of the All Progressive Congress as the majority party in the Lower Chamber.
Last week, 37 members elected on the platform of the Peoples Democratic Party formally decamped to the APC, citing relevant sections of the constitution.
With this development, the rank of APC swelled to 175 members to emerge as the majority party, thus pushing the PDP to minority party, with 171 members.
The 37 lawmakers that decamped were from Kano, Kwara, Sokoto, Adamawa and Rivers States.
The governors of the five states – Rotimi Amaechi, Murtala Nyako, Aliyu Wamakko, Rabiu Kwankwaso and Abdulfatah Ahmed had earlier defected, following the merger of the defunct ‘New PDP’, a faction of the ruling party with the APC.
Other parties represented in the House are: Labour Party,  Democratic Peoples Party, All Progressives Grand Alliance and Accord Party (AP).
After reading the letter notifying the House of the defection, Speaker Aminu Tambuwal also announced that he was in possession of a court injunction restraining him from declaring the seats of the defectors vacant.
Last Wednesday, 22 Senators and some members of the House of Representatives secured a court injunction restraining the President of the President, Speaker of the House of Representatives and the leadership of the PDP from declaring the seats of decampees vacant.
The Eagle Online gathered that during the week, there was a meeting between the APC Caucus in House and Speaker Tambuwal, during which agreements were struck.
It was learnt that the APC leadership agreed that Speaker Tambuwal and his Deputy, Emeka Ihedioha, should retain their positions while other Minority Principal Officers should take over as Majority Principal Officers.
Thus, Femi Gbajabiamila (APC-Lagos) is said to be warming up to takeover from Mulikat Adeola-Akande (PDP-Oyo) as Majority Leader.
Also, Deputy Leader, Leo Ogor; Chief Whip, Ishaka Bawa; and Deputy Whip, Ahmed Muktar Muhammed, are also poised to lose their seats.
To join Gbajabiamila on the majority side as Principal Officers are Deputy Minority Leader, Sumaila Kawu; Minority Whip, Samson Osagie; and Deputy whip, Garba Datti.
The leadership of the PDP, it was learnt, will determine whether the present Principal Officers on the majority side should become Minority Officers or they would nominate other members to takeover the positions.
On resumption of plenary in January, the APC is expected to formally notify the office of the speaker to allow it nominate the its Principal Officers in line with the  House rules, having become the majority party.
The Eagle Online also gathered that once that is effected, the Speaker may dissolve all the standing committees so that members of the APC in their new status could head some of the so-called ‘juicy’ committees.