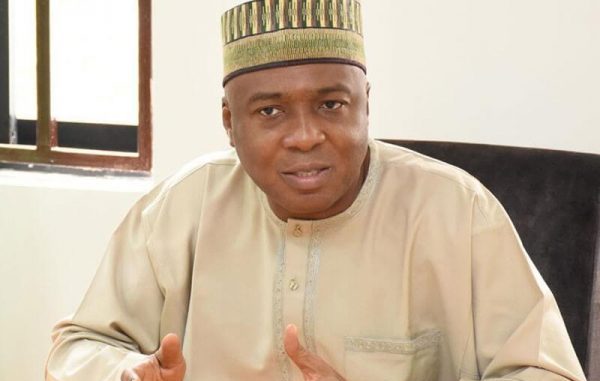 The Federal High Court, Abuja has ordered Senate President, Bukola Saraki, Sen. Dino Melaye and Sen. Ben Murray-Bruce to honour the Police invitation of October 5, 2018 in connection with the protest staged by members of the Peoples Democratic Party.
Justice Okon Abang gave the order on Thursday while delivering judgment in a fundamental human rights suit filed by the trio alleging intimidation, harassment and threat by the police.
Abang said: “It is my view that the police invitation to the applicants is still valid and subsisting; The applicants shall respond or report to the police invitation without fail.
“It is how the police treats them upon their having honoured the application that would determine whether their fundamental rights was violated not before they honour the invitation.”
The judge held that even though the applicants were not on trial, where there were allegations against them, they had an obligation to report to the police upon been invited.
He insisted that the court could not restrain the police from discharging its duties as long as it was done within the confines of the law.
According to the judge, the suit of the applicants lacks merit and is accordingly dismissed with a cost of N50,000 awarded in favour of the police.
The trio had filed an application asking the court to nullify the October 6 and 8, 2018 letters of invitation to them by the Police.
They claimed that the Police invitation was an attempt to harass, intimidate and unlawfully detain them.
The senators also asked the court to declare that the act of dispersing their procession with tear gas was a violation of their fundamental rights, and asked the court to award N500 million to them as damages.
The three senators were part of the PDP leaders who led a protest on October 5, 2018 asking the Independent National Electoral Commission to conduct free and fair elections.
The protest was sequel to the Osun governorship election which was declared to have been won by the All Progressives Congress.
They carried placards which read: “Police is an arm of APC, we demand free and fair elections amongst other inscriptions.
They were on their way to the Force Headquarters when policemen dispersed them with teargas.
The police stated that the applicants and about 100 hoodlums riotously blocked Shehu Shagari way preventing motorist and other road users going about their lawful duties for several hours.
They further claimed that they forcefully attempted to enter into the Police Headquarters and became totally hostile.
They also said that they rushed violently in an attempt to force their way into the force headquarters to cause damage to police equipment and government property.
The police said they were warned to disperse but they refused and the police had to use the minimal force allowed by law to disperse them.