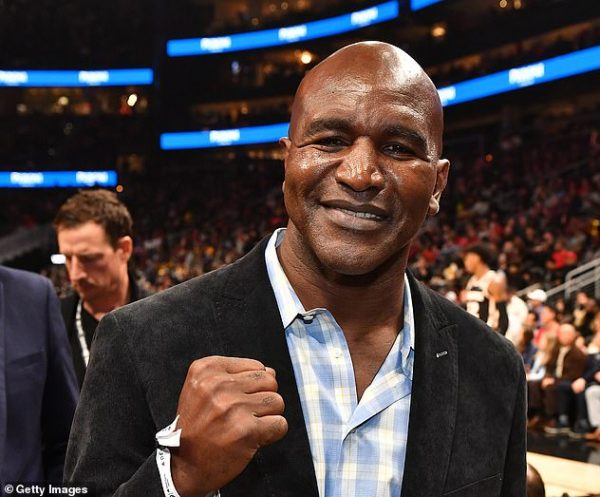 Evander Holyfield is willing to step into the ring for a third time with Mike Tyson.

The two heavyweight legends fought in 1996 and 1997, with Holyfield reigning victorious on both occasions.

The second fight was notorious for Tyson biting his opponent’s ear during the third round.

Iron Mike is keen to return to the ring at the age of 53 and has been posting videos which clearly show he’s still got his terrifying speed and power.

Holyfield, 57, is also planning to come out of retirement for an exhibition bout, but admits Tyson would not be his first choice.

Holyfield told TMZ: “I’m always thinking that the person who takes care of themselves well are the ones that tend to last, even though I’m four years older than him (Tyson). It would be no problem.

“You know my manager he has been talking and all that, but the fact is with me the only person I would really ask is Riddick Bowe because me and him are buddies.”

When asked if he’d be prepared to face Tyson again, he added: “I would think so. You know life is about two people really trusting each other and what can we do now. There is a lot of things Mike and I have done together that works.

“Obviously people like to see the two best people. Some people didn’t get the chance to see Mike and I. Everything is opinionated now about who the best is. I was the best of my era I felt.

“I can’t have anyone take a cheap shot at me I’m a little too old to get that stuff happening to me. The body don’t come back as well.”