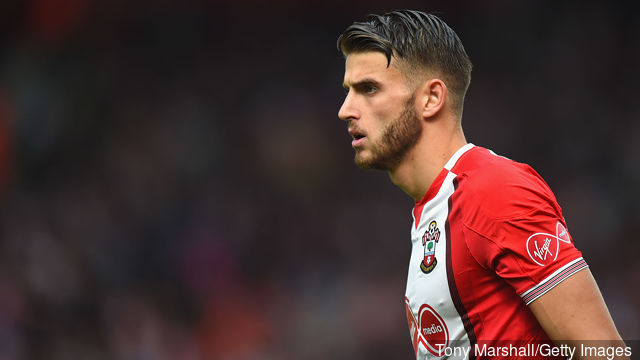 Southampton’s Dutch defender, Wesley Hoedt, says it has been tough to adjust to the “madness” of the Premier League but after flirting with relegation last season is confident better times are ahead.

Hoedt moved to the Saints from Serie A club Lazio last August and the first situation he had to deal with was the drawn-out exit of compatriot Virgil van Dijk to Liverpool.
Van Dijk was close to leaving during the close-season but did not make the switch until January, despite having put in a transfer request in August.
Hoedt said: “I have to be honest, it was strange. The things that were said to me when I signed were different to the things that happened.
“That is sometimes how it is. To me, they said he would be staying. Eventually he did stay but in a strange way.”
It was difficult but those are the kind of things that happen in football but also in life,” Hoedt told reporters.
Hoedt also had to adjust to the very different style of play in England.
He said: “Italy is an amazing league with amazing players and high-level competition, but the Premier League is just something different. It is 90 minutes of madness, sometimes.
“I had to adapt to it. I think I started well in the beginning – the first three months I did well.
“Then I had a period in which I played not as good, and the team did the same. That was difficult.
“It’s the best league in the world, and now I know why… In Italy it was more tactical, more side-to-side.
“Here it is just 90 minutes of balls coming to you and teams having amazing players.”
Southampton looked doomed to relegation until they replaced Mauricio Pellegrino with current manager Mark Hughes in March and Hoedt says that was also an individual turning point.
He said: “After the changing of the manager I stood up I think and we fought for it.”
He (Hughes) was directly clear about the things he wanted and that was something we needed.
He said: “He did really well, and I think also the players stepped up. Before that, we just didn’t show enough of our abilities and we were just not good enough in that moment.”
Hughes has brought in towering Danish international, Jannik Vestergaard, to add to his central defensive options and Hoedt feels he can also add more to his own game.
He said: “I am still only 24 but I have lost the stamp of ‘young talent’ a long time ago in my opinion because I have played too many games for that.”
Southampton, who drew at home to Burnley and lost at Everton in their opening two games, host Leicester City on Saturday.
Saints will wear a unique kit for the game with regular sponsors Virgin Media replacing their logo with disability charity, Scope.
It is to raise awareness of the charity’s ‘Disability Gamechanger’ campaign to help highlight and address the issues disabled people face across the UK.