His excellency can dance but now he has to work, by Dare Babarinsa 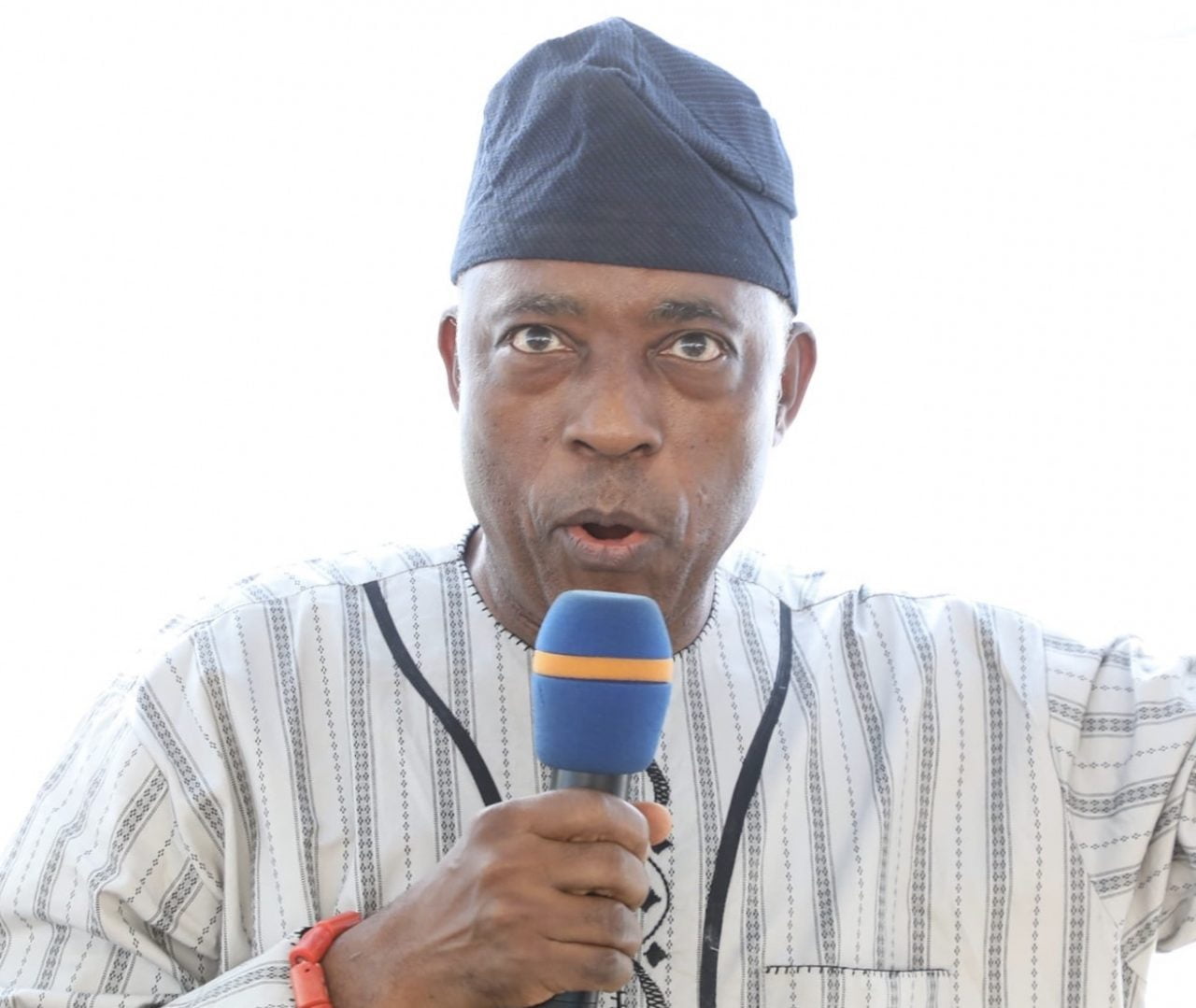 In Osun State, interesting days lie ahead. The new Governor, Ademola Adeleke, is showing that he has teeth and he can bite.

He has already issued many Executive Orders trying to undo some of the actions of his predecessor, the methodical Governor Adegboyega Oyetola.

Three traditional rulers who recently ascended the throne have fallen under the hammer. They are the Aare of Iree, the Akirun of Ikirun and Owa of Igbajo. The Owa, Adegboyega Famodun, before he ascended the throne, was the state chairman of the All Progressives Congress (APC). Adeleke has asked him now to descend from the throne. Days of dramas are before Osun State and I could see many lawyers smiling to the bank.
In truth, Oyetola was a competent governor who had a successful tour of duty. He operated in a challenging environment where resources were scarce and demands were unlimited. He had many competent and committed aides including my friend, Dr. Charles Akinola, who was Oyetola’s Chief of Staff for four productive years.

Akinola was our highly-valued colleague during the historic struggle against military rule. He was Oyetola’s pointsman in his effort to transform Osun State from a Civil Service state into a more productive economy.

Oyetola built rural health centres and the iconic flyover bridge on the busy Olaiya Interchange in Osogbo. Not everyone was satisfied with him. His politics, especially within the APC, was divisive and he never really knew how to handle his charismatic predecessor, Governor Rauf Aregbesola, now the Minister of Interior in the government of President Muhammadu Buhari.

In August, last year, I attended the Gala and Award Night of Osun at the 30th celebration in Osogbo. Almost all the former governors, including military ones like General Leo Ajiborisa and Brigadier Theophilous Bamigboye, were in attendance.

Both Governor Bisi Akande and his successor, Prince Olagunsoye Oyinlola, were present. Governor Aregbesola was conspicuously absent. One year after the 30th anniversary, Oyetola lost the governorship election to Adeleke of the Peoples Democratic Party (PDP). Oyetola had defeated Adeleke for the same office in 2018. This year 2022 is Adeleke’s sweet revenge.

Oyetola’s loss may not have much to do with his competence as a governor and more to do with his inability to keep his friends. His situation reminds one of the old hymns of the Anglican Church:
By whom shall Jacob now arise?
For Jacob’s friends are few:
And, what should fill us with surprise,
They seem divided too!

Governor Aregbesola was the man who brought Oyetola to Osun State politics. Oyetola served as his Chief of Staff for eight eventful years.

Aregbesola himself was also a lieutenant of Governor Bola Ahmed Tinubu of Lagos State before he was recruited into Osun State politics by Governor Bisi Akande. When it was time for Aregbesola to plan the succession, his mind settled on Moshood Adeoti who was Secretary to the State Government (SSG). He consulted party leaders, including Akande and Tinubu, and they gave the nod. Aregbesola was happy. His job was half-done.
However, by 2018, the elders, notably Tinubu, have changed their minds and Oyetola was now in the game. Adeoti, knowing that he had been dumped, rebelled. Aregbesola decided to back the choice of the leaders and he campaigned vigorously for Oyetola who managed to snatch victory from the jaw of defeat.

The seed of crisis was sown during that victory dance. In the heat of preparations for the run-off election between Oyetola and the candidate of the PDP, Ademola Adeleke, Oyetola, using the good embassy of Governor Kayode Fayemi of Ekiti State and some other people, secured the support of Senator Iyiola Omisore, the strongman of Ife politics. Omisore was once the Deputy-Governor of Osun State when Governor Akande was in power.

In 2001, he had led the sortie of thugs that assaulted Chief Bola Ige, first elected Governor of old Oyo State and then the Attorney-General of the Federation, at the palace of the Ooni of Ife, the late Oba Okunade Sijuwade, Olubuse II.

Few weeks later, Ige was assassinated in the sanctuary of his home in Ibadan. Omisore was one of the suspects arrested for the murder, subsequently tried and freed by the court. The then-ruling PDP chaperoned him into the Senate and he has been in the power loop since then. He is now the National Secretary of the ruling APC.

Aregbesola felt he was left out in the cold while Oyetola was cutting the deal with Omisore. Then he left office and took up the job of a minister in Buhari’s government. Oyetola settled in his office at the new Governor’s Office, the Bola Ige House built by Akande. When the wall opens its mouth, lizards would creep in. Many lizards crept in leading to Oyetola and Aregbesola not seeing eye-to-eye. Meanwhile, Omisore became a more dominant factor in Osun State politics. A storm in a teacup at the beginning has been mismanaged to become a real storm.

In weeks and months ahead, the court would decide whether Oyetola genuinely lost to his ebullient successor, Senator Ademola Adeleke. The new Governor is the third senator from his family in Ede. His father, Chief Ayoola Adeleke, who held the traditional title of Balogun of Ede, was a senator during the Second Republic.

I met him, as the National Assembly Correspondent of the defunct National Concord owned by the billionaire publisher, Chief Moshood Abiola. The National Assembly beat attracted some of the best journalists in the country with the likes of Eric Teniola of the Punch, Dapo Ajanaku of the Sketch and Anene Ugoani of the Daily Times. Baba Balogun was very approachable to us journalists. In the heated politics of Oyo State in 1983, he pitched his tent with Governor Bola Ige. By that time Chief Bisi Akande had become the Deputy Governor.

It was not a surprise that Balogun Adeleke’s son, Isiaka, alias Serubawon, also indicated that he would like to become the Governor of Oyo State. In that contest, he stood no chance but then the military gave him a new platform when they created Osun State in August 1991. Isiaka Adetunji Adeleke became the first elected Governor of Osun State in 1992. By November 1993, he was out of his job when General Sani Abacha sacked the Interim National Government of Chief Ernest Shonekan.

Isiaka Adeleke returned to full politics with the coming of the newly elected government in 1999. His father was a popular man and he was seen by the people of Ede, his hometown, and other parts of Osun State, as the new face of the dynasty. He found his way into the Senate on the platform of the PDD, and later of the APC. Then he died suddenly in 2017. His brother, Ademola, wanted to replace him in the Senate.

The APC leaders believed that despite the sudden departure of Isiaka Adeleke, another family and town should be given the chance to replace the senator. The Adelekes would not agree. Ademola ported into the PDP and won his seat in the Senate. He is a driven man, carrying the burden of a father’s legacy and a brother’s unfulfilled dreams. He campaigned! He danced! He won!

It is now time for Governor Ademola Adeleke to remember that the campaign is over and he needs to settle down to the serious business of governance. We now know he can dance. He needs to prove to the good people of Osun State that he can also govern. He has to chart his own course and remember that government is a continuum.

Luckily for him, despite his obvious limitations and colourful antecedents, he has goodwill and the advantage of his apparently well-educated and competent brother, Dr Deji Adeleke, the founder of Adeleke University, Ede. Now the governor has to prove the sceptics wrong that he is not the unprepared adventurer meeting the unexpected.