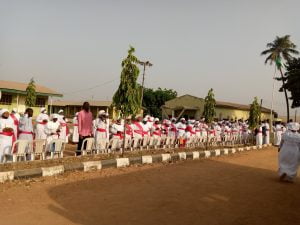 Kwara on Monday rescinded its decision to reopen 10 schools shut on account of a controversy surrounding the wearing of hijab by their students, citing safety reasons.

The reversal of government’s decision came just as one of the affected founders of the schools, the Cherubim and Seraphim (C&S) Church, ended a seven-day prayer session also on Monday.

Government shut the schools on Feb. 19 as the controversy seemed unending.

It set up a committee of all stakeholders to decide the way forward and it was agreed after consultations that hijab-wearing students be allowed in the schools.

Before government’s latest decision was announced, the Cherubim and Seraphim Church, Sabo-Oke, had started a seven-day prayer session asking for God’s intervention in the hijab crisis.

Prophet Samuel Olukorode, Chairman Council of Prophets of the church said that the prayers were to seek God’s intervention for government not to be misguided in taking a decision.

He told the News Agency of Nigeria on Monday that the prayers were imperative so as to have peace when the schools were eventually reopened.

“We are here to pray to God because in every circumstance, we need to pray. So, here we are to round off the prayers we have been having for the last seven days.

“We will continue to help the government with prayers because they need God’s direction.

“We pray that God should give them the wisdom to do the right thing and not to please man, but to please God.

“God will intervene because we have called to our side, His representative, Jesus Christ.

“We believe we will laugh at the end of the day,’’ he told NAN at the prayer ground.