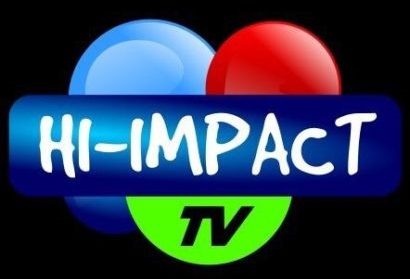 In a determined effort to enhance viewership in more countries as well as making viewers access its station with ease, Nigeria’s first fully High Definition HD television, HI-Impact TV, has concluded arrangements to transmit on Eutelsat platform beginning from September 1.
A statement by the head of the television station, Victoria Odimba, has it that the decision to transmit on Eutelsat platform is borne out of the desire to reach more homes, which the satellite operator will easily provide.
“Eutelsat is one of the biggest and oldest satellite operators in the world and is used for broadcasting 6800 television stations to over 274 million homes throughout the world,” Odimba said.
Explaining further, Odimba said over 1,200 of these stations transmit on full HD, which makes it easily compatible with Hi-Impact TV and it will transmit on Eutelsat 7 West A on 7 degrees west.
According to Odimba, Eutelsat is the first satellite operator in Europe to broadcast television station channels direct-to-home and currently reaches over 15 million homes in North and sub-Saharan Africa and Hi-Impact TV thinks it is proper to be on this platform to reach more homes.
Currently viewed in over 70 countries on its free-to-air transmission, the 24 hours Hi-Impact TV will be viewed in more countries when it comes on Eutelsat platform.
In a related development, the Managing Director of Solution Media & Infotech, the parent company of Hi-Impact TV, Prince Adeyeloye Lipede, said the station is poised to making television viewing more enjoyable with the array of its quality programming and exciting movies beginning from September.
“With movies like 10 Inch Hero, 4th Noble Truth, Wushu Warrior, Weakness, That’s not me, Divorce Invitation, Black Widows, Catch Phrase Series, Greatest Inventions, Meghan Markle: How to be a Royal Prince Harry: From Hell raiser to Husband, Scarlet Woman(the True story of Mary Magdalene) America’s got Talent, Nollywood films and early morning tea or coffee and so much more, there is no dull moment for our viewers,” Lipede said.