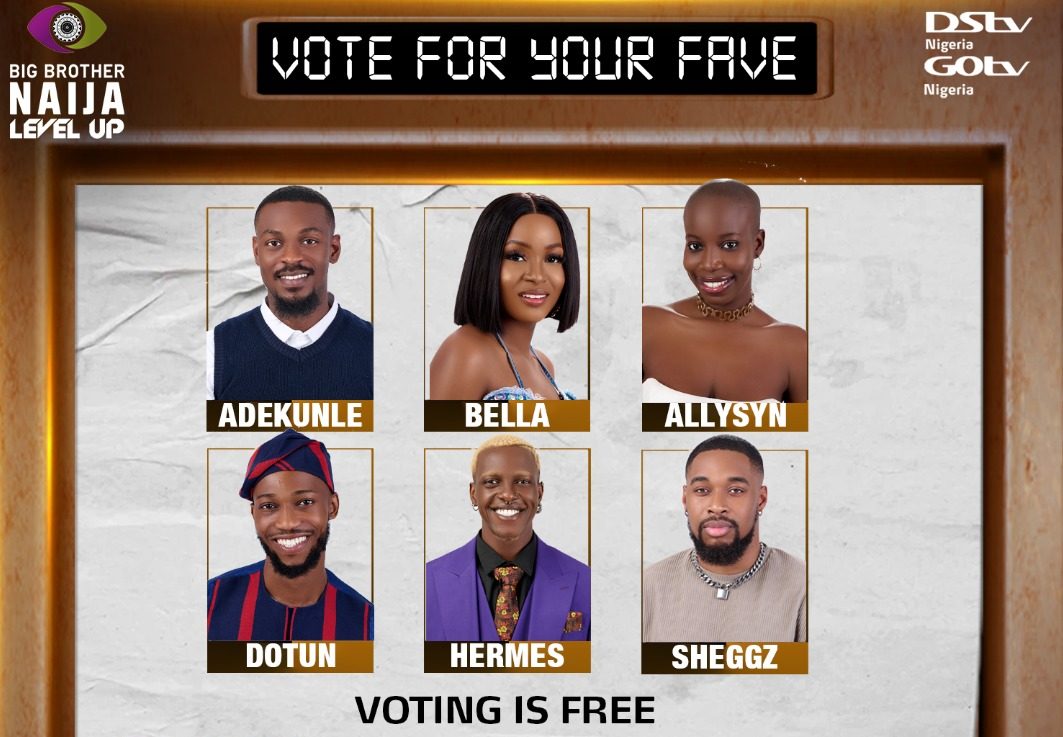 After the remaining 13 housemates had settled the issue of who will lead the house this week, Big Brother ushered them into the nomination process.

Once again, the riders (Chizzy and Rachel) were not allowed to nominate anyone. Still, Big Brother asked them to share the names of those they would have otherwise put up for possible eviction. Rachel said she would have put up Hermes, Sheggz, and Bella, while Chizzy chose Hermes, Adekunle, and Chi Chi.

Check out how the housemates nominated this week:

Biggie announced that Phyna, as the new Head of House, had the veto power to save and replace a nominated housemate. Using her power, the new HoH saved Chi Chi and replaced him with Allysyn.

Hermes, Adekunle, Bella, Dotun, Chi Chi, Sheggz, and Rachel will know their fate during the live eviction show on Sunday, 18 September, at 7 pm across all Africa Magic Channels and Showmax.

Viewers and fans can save their favourite housemate(s) from the chopping block by voting on the BBNaija website, via mobile site, the DStv and GOtv app, and play games for additional votes via the apps.

Voting opens on Monday at 9 pm and closes on Thursday at 9 pm. For even more information about how to vote to save for your favourite housemate this season, visit www.dstv.com/africamagic/en-ng/show/big-brother-Naija or follow Big Brother Naija across all platforms on Instagram, Facebook, and Twitter.