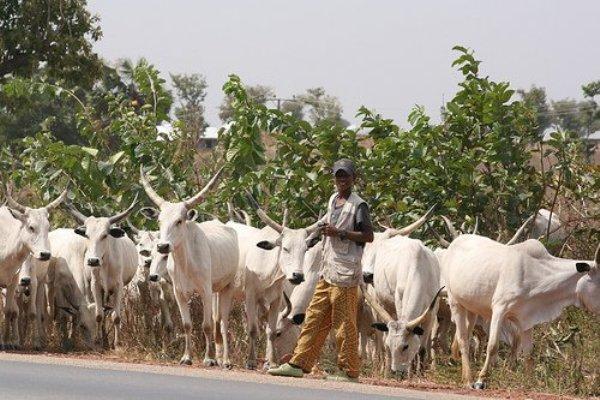 The House of Representatives has called for the criminalisation of open grazing as it effect the security of lives, property and food production in the country.
This was sequel to a unanimous adoption of “Urgent Motion of Public Importance” by Hon. Ben Igbakpa in the plenary on Thursday.
Igbakpa said that Ethiope Federal Constituency is made up of Ethiope-East and Ethiope-West a linear settlement along the Shores of river Ethiope.
He said the area is a predominantly agrarian and was well known for the production of all stable food like cassava, plantain and yams.
He said: “An agrarian society is any community which economy is based on producing and maintaining crops and farmland.”
The Lawmaker said that Delta State University is situated in Abraka in Ethiope-East Local Government Area which has enable many of the lecturers engage in farming on part time basis.
He alleged that between 2014 and 2018, a total of 36 persons were killed, including four lecturers in their farmland by herdsmen.
He said: “In this year 2019, a total of eight persons have been gruesomely murdered for daring to insist that the herdsmen should not graze on their farms.
“Not single prosecutions of the culprits have been recorded to serve as a deterrent have been recorded.”
Igbakpa said that on July 2, the entire Local Government Area of Ethiope-East woke up into mourning and grief.
He said that farmlands of over 100 hectares, cultivated with cassava, yam, maize and plantain were allegedly brought down to ruin by dare devil herdsmen.
The lawmaker alleged that the herdsmen were bearing arms and threatening to deal with anybody who challenged them.
The legislator said that the herdsmen claimed that they “own Abuja” even as they operate in Delta.
He recalled that Ovre village in Delta and Ewosi village which is a border town to Edo had been forcefully abandoned by the communities to herdsmen for fear of incessant killings and destruction of crops.
He said: “The continued nomadic activities into the communities of Abraka, Eku and environs for grazing are a total call for anarchy which cannot be tolerated.
“If these ugly and dastardly acts are not checked, having gradually eroded the source of livelihood of the people of Ethiope Federal Constituency particularly Abraka, Eku, Oghara, Jesse and Mosogar communities, there will be likelihood of discouraging potential investors.
“It is ruining the comparative agricultural advantage in these areas and the activities of the herdsmen have continued to cause panic, palpable fear and tension on the people who are now afraid to go to farms in search of their daily bread and sustenance.
“No doubt this will lead to hunger, poverty, malnutrition and ultimately refugees in their own ancestral land.”
Igbakpa said that in spite of the effect on food security and the inherent adverse economic effect on the people, the activities of these herdsmen if not checked could result in self-help by the local communities.
According to him, the nefarious activities of these herdsmen have continued unabated for over five years now with largely and devastating consequences as it progresses.
The parliamentarian said that there is an urgent need for a more robust and sustainable approach to solving the problem by all stakeholders.
He said: “Section 14(2) of the 1998Constitution ria (as amended) provides that the welfare and security of the people shall be the primary responsibility of the government.
“The people of Ethiope West/East want to see that the Federal Government of Nigeria has not failed in their constitutional duties to secure them.
“The constitutionally guaranteed freedom of movement of the good people of Abraka, Jesse, Mosogar, Oghara and Okpara, all in Ethiope Federal Constituency seems to have been eroded and no longer guaranteed in view of the nefarious activities of the herdsmen.”
According to him, the people can no longer move around freely to the extent that some roads including Sakpoba and Ovre are no-go areas having been deserted for fear of attack by the herdsmen.
The house urged the security agencies to, as a matter of urgency, midwife a meeting of stakeholders in Ethiope Federal Constituency and leaders of the herdsmen to douse the tension and find a lasting solution to this recurring security milieu.
The green chambers urged the Federal Ministry of Agriculture, the Federal Ministry of Information and the National Orientation Agency to enlighten herdsmen to endeavour to limit grazing to areas allowed.
The lower chambers tasked the agencies on the need to reorient the herdsmen to understand that ranching should be a compulsory component of cattle herding in Nigeria in the interest peace with the host communities.
The parliamentarian urged the National Emergency Management Agency and other regulatory authorities as a matter of urgency provide food items and relief materials to the identified victims of the wanton destruction.