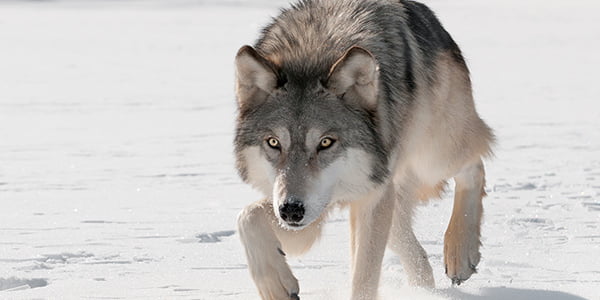 A herder woman saved her husband from a wolf attack in western Mongolia with an axe, the country’s state-owned news agency Montsame reported on Friday.
It said the incident occurred in Nogoonnuur soum in western Mongolia’s Bayan-Ulgii province on Wednesday.
The woman, in her 40s, was quoted as saying: “My husband rushed outside when he heard a dog barking and saw a wolf in front of the fence near our livestock animals.
“The wolf then attacked him.
“My husband, who had no tools and weapons at that time, asked me for help.
“I overpowered the wolf with an axe.”
According to the report, the couple did not sustain any injuries from the attack.
Hungry wolves are known to sometimes target herding households for their livestock in the nomadic country.
Xinhua/NAN.