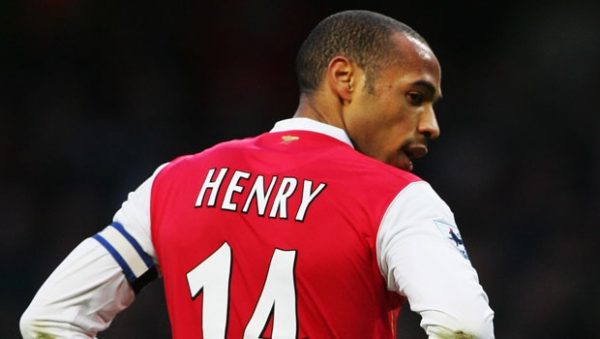 Share
Facebook Twitter LinkedIn Pinterest Email
Monaco are set to name former Arsenal and France striker Thierry Henry as their new manager after deciding to sack Leonardo Jardim, sources have told ESPN FC.
Jardim will lose his job with Monaco after a dismal start to the season, which sees them marooned in 18th place in Ligue 1 nine games into the season, one point off the foot of the table.
Monaco have not won since the opening day in any competition, and Sunday’s loss at home to Rennes extended their run of consecutive defeats to four games, and 10 matches without a win.
Henry, currently assistant to Roberto Martinez with the Belgium national team, had been courted by Championship side Aston Villa, but is set to accept the challenge of resurrecting Monaco’s season after holding talks and rejecting the offer from Villa.
There are now just a few details to be ironed out between Henry and Monaco before he will be officially confirmed at Stade Louis II stadium.
Henry watched Monaco’s 2-1 Champions League defeat to Atletico Madrid last month and has been persuaded to take the job after seeking advice from France coach Didier Deschamps.
He believes Monaco is the right project for his first move into management and is confident of turning the club’s season around.
Monaco are eager to make a statement with their next appointment, and believe Henry fits the bill. They had also considered Robert Pires, River Plate coach Marcelo Gallardo and former Paris Saint-Germain boss Laurent Blanc, but look set to choose Henry.
AS Monaco Leonardo Jardim Rennes Thierry Henry
Share. Facebook Twitter Pinterest LinkedIn Tumblr Telegram Email