by The Eagle Online
in News
3 min read
1

#EndSARS: Emir of cautions against allowing ‘enemies of government to hijack protest

Parts of Niger State, especially Bida and Minna, the State capital, are experiencing heavy gridlock as the Governor, Alhaji Abubakar Sani Bello, on Tuesday ordered the closure of the Bida-Minna Road and other state-owned roads to trailers, tankers and other articulated vehicles with effect from Tuesday (today).

It should be recalled that the rehabilitation work on the 82km Minna-Bida Road was awarded to Dantata and Sowoe in February this year at the cost of N23.4 billion, with a completion period of 18 months.

However, about seven months later, only about five per cent of the work had been achieved and the construction company attributed the slow pace to work to the heavy volume vehicles traffic, especially trailers, trucks and other articulated vehicles.

Most vehicles, especially trailers and tankers, caught up in the gridlock, said they were aware of the deadline, but couldn’t drive past before the official closure.

However, some other truck drivers who witnessed the official closure of the road, applauded the government for embarking on the rehabilitation of the road that was last attended to over 20 years ago, saying they are in full support, hoping that the restriction will bring about the desired result.

A trailer driver, Yusuf Ahmed, who was coming from Bauchi State, but caught up in the barricade in the presence of the Governor, said he couldn’t meet the deadline because of an accident on the road which delayed his journey, but appealed for consideration.

The Governor, who has been worried by the deplorable conditions of the Minna-Bida road and the slow pace of the construction work on the road, personally supervised the closure of the road at the Bida end of the road at a brief ceremony.

Governor Bello said the decision to close the road to all these categories of vehicles is to allow the construction company handle the rehabilitation work and to speed up the job.

Accompanied by members of the state Infrastructure and Project Monitoring Committee, headed by the Chief of Staff to the Government House, Mallam Ibrahim Balarabe, and State Executive Council members, the governor personally pulled down the iron barricades to signal the official closure of the road at Bida.

He appealed to the public to cooperate with the government as the decision was not a deliberate one, but for the good of all, including those affected.

The governor pointed out that the decision to close these roads was taken after series of meetings with the relevant stakeholders following complains by the construction company handling the rehabilitation work over the activities of the heavy trucks on the road. 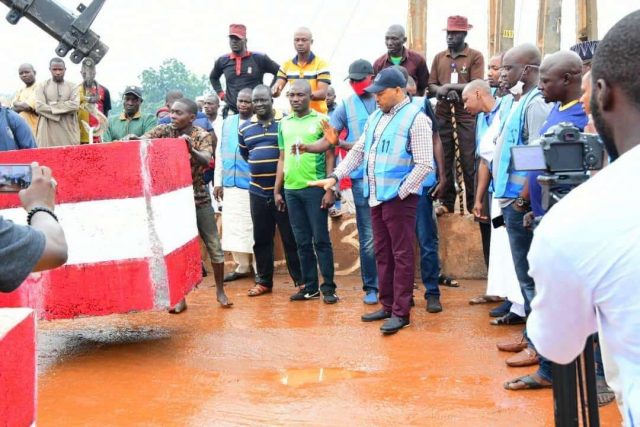 The Governor however warned that “any articulated vehicle caught violating the restriction order will have themselves to blame as the Government has made widespread publicity and consultations on its closure”.

He therefore enjoined its citizens to be understanding, adding: “This decision is in the overall interest of the general public who go through hardship piling the road everyday.”

Considering the current development, it is obvious that the initial 18 dry months time frame for completion of the road may no longer be feasible as such the Ministry of Works and Infrastructure has been directed to adopt measures to enable the contractors complete the project on a good time.

#EndSARS: Emir of cautions against allowing ‘enemies of government to hijack protest

Soldiers shot at me at Lekki Tollgate — Survivor + Video