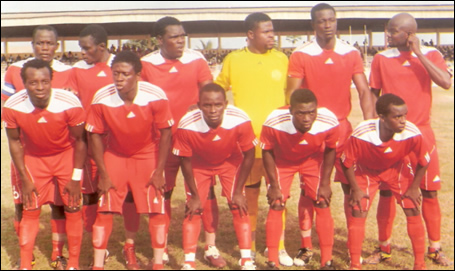 The management of Heartland Football Club of Owerri, Imo State has confirmed the appointment of Hassan Abdallah, a former Flying Eagles Assistant Coach, as the club’s new Chief Coach.

Promise Nwachukwu, the club’s General Manager, disclosed this in a statement issued on Thursday.

He said Abdallah was replacing Fidelis Ilechukwu who recently resigned from the position.

The News Agency of Nigeria reports that Ilechukwu, a former Chief Coach of Lagos-based MFM FC, resigned at the end of the 2020/2021 season.

Nwachukwu said the new coach has signed a two-year contract with the club.

He said: “We have a new coach who has signed a two-year contract with Heartland FC.

“We have no doubt that he will lead the club to glory before his contract expires.”

NAN reports that Abdallah is the current Chief Scout of the national under-17 male team, the Golden Eaglets.