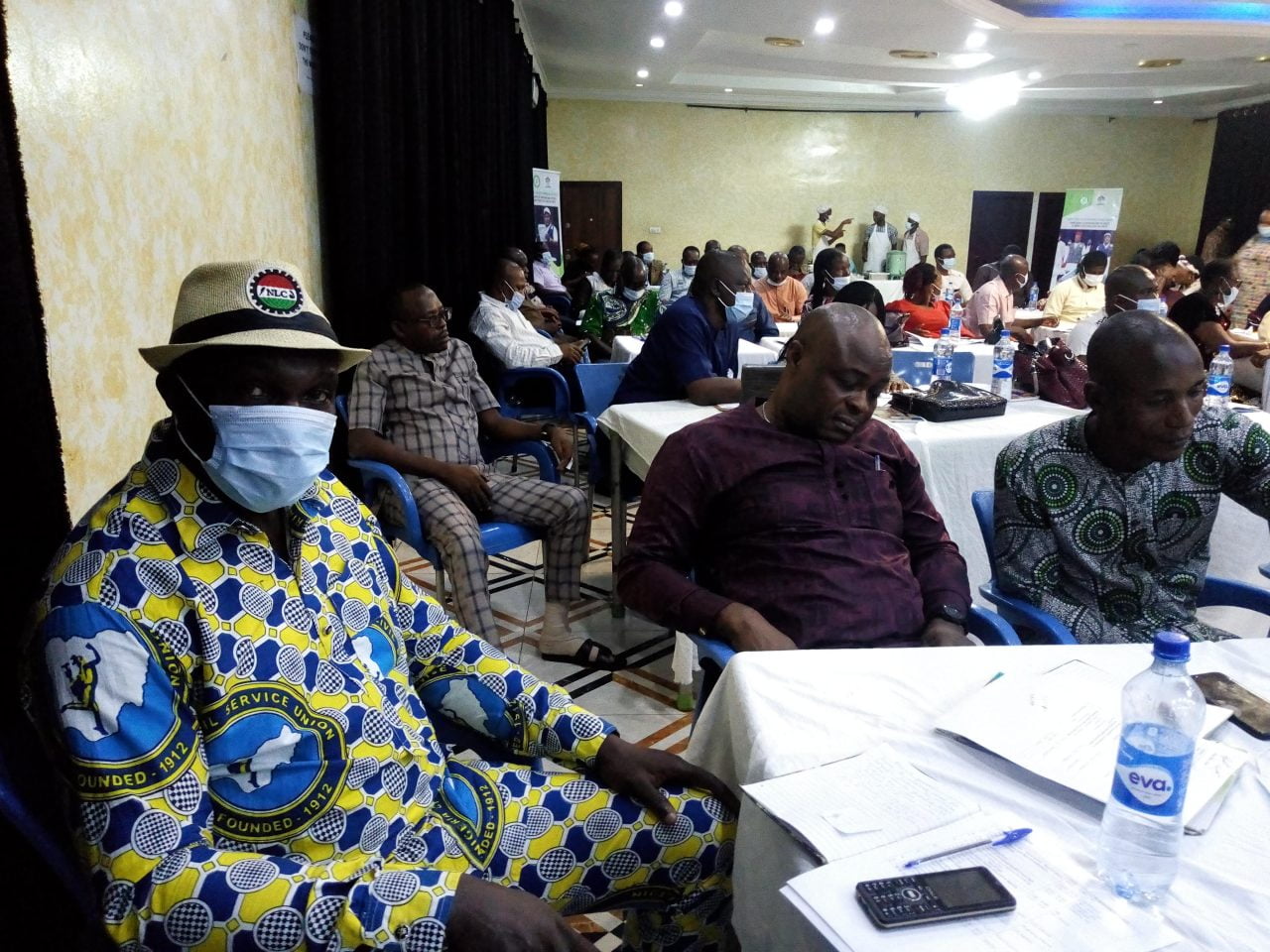 In a two-day sensitization meeting held on Wednesday and Thursday in Abakaliki, the Ebonyi State capital, stakeholders, including the leadership of the state branch of the Nigeria Labour Congress, accredited service providers as well as the media brainstormed on ways of overcoming the impediments to the smooth takeoff of the programme in the state.

Governor David Umahi had flagged off the health insurance scheme since June, to begin with the civil servants.

Since then, the scheme could not take off because of some issues that needed to be ironed out between the government and the labour union over the commencement of premium deductions from workers’ salaries.

Labour had insisted that they would only assent to the commencement of agreed five percent premium deduction from workers’ salary if the government first dropped its own agreed N100 million naira takeoff counterpart fund.

The Executive Secretary of the agency, Professor Mrs. Uzoma Mary-Rose Agwu, addressing newsmen at the event explained that the essence of the sensitization meeting was to intimate the stakeholders of the preparedness of the agency to begin enrollment into the scheme, as well as seek their cooperation.

She reemphasized that the state government had earmarked N100 million as counterpart funding towards the takeoff of the scheme for civil servants and appealed for their consent to allow premium deductions from their salaries.

Professor Agwu explained: “Today we are doing this sensitization meeting to sensitize the labour unions and other stakeholders, including our service providers, on our activities that we are ready to start enrolment, and also engage them because we need them to support the deductions for the civil servants so we can start enrolling them.

“The state government had already voted N100 million counterpart fund for the kickoff of the scheme; but the consent of the civil servants is what we are waiting for now. The government is not going to start deduction without their agreement.”

“We deemed it imperative to carry out this sensitization, and USAID-IHP came in to partner with us by funding this event as well as lending technical support.”

Mrs Agwu, a consultant Obstetrician/gynaecologist at the Alex Ekwueme Federal University Teaching Hospital, Abakaliki, further explained that enrollees would start accessing care from the scheme within three months of commencement of enrollment.

The State NLC chairman, Mr. Leonard Nkah, who participated in the event with some members of his executives, told newsmen that there has been sensitization of workers about the scheme going on through their various unions.

He however acknowledged that there were areas of contention previously on the takeoff of the scheme, and expressed optimism that this move by the agency and its partner would facilitate immediate commencement of the scheme, provided the state government fulfills its part of the deal.

Speaking on the role of the USAID-IHP in the programme, Chidimma Eneze, the Health Financing Advisor for IHP, Ebonyi State, said IHP has committed as part of its mandate of strengthening health systems, to offering EBSHIA all the needed procedural, advisory and technical assistance to ensure the smooth takeoff of the scheme in the state.

She explained that IHP, apart from co-sponsoring some events with EBSHIA, has also helped the agency in producing some of its important documents required for the operation of the scheme.

“Our mandate here in the state is to support technically to operationalize the scheme, and to ensure that the scheme is in line with best practices in Nigeria.”

Participants at the meeting were educated on the overview of the agency and the scheme, EBSHIA code of conduct, roles and responsibilities of stakeholders in the Ebonyi State health insurance scheme; marketing, sensitization and enrollment plan.