Head of Service warns against unauthorised circulation of official information 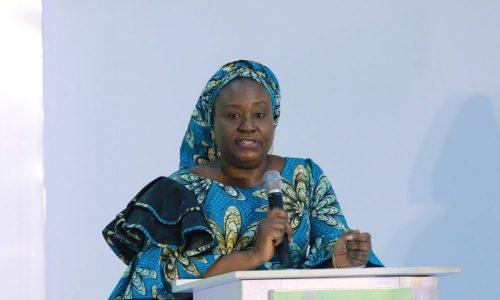 The Head of the Civil Service of the Federation, Dr. Folasade Yemi-Esan, has noted with displeasure the recent unfortunate publishing of unauthorised official documents on social media.

Yemi-Esan, in a statement issued on Monday by Olawunmi Ogunmosunle, Director Information, Office of the HOCSF, warned against such action, saying it could jeopardise authentic information.

She noted that official documents, in some cases, were correspondences minuted on.

She said a development like that was unacceptable as it could turn out to be embarrassing to the government.

Yemi-Esan described “such irresponsible and reckless action” as an act of serious misconduct, with a penalty of dismissal from service, as provided in Public Service Rules numbers 030401 and 030402.

She, therefore, warned that henceforth, any public officer found guilty of such act of serious misconduct would be severely dealt with in accordance with the provisions of the public service rules.

Yemi-Esan, therefore, directed permanent secretaries to draw the attention of their staff to the content of the circular and the consequences of breaking the public service rules.