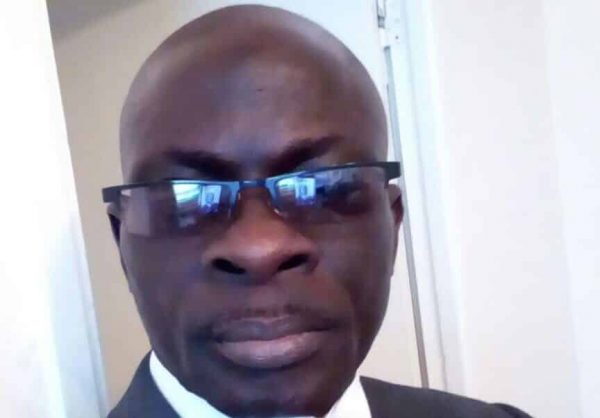 Nigeria is becoming a country of tragedies on a daily basis. News from Nigeria gives one a shaming feeling of despair, hopelessness and a troubling anguish. What is really wrong with this disappearing giant of Africa? Pardon me, I used that as a flattery and not in real terms. Nigeria has never been great if we are to measure the indices of greatness strictly. Who can locate Nigeria’s greatness?  In which area has Nigeria excelled the world compared to countries like Dubai, India, Brazil, South Africa and Indonesia? Today, Nigeria excels other comparable nations in every dark arts you could name.

In the churches, Nigeria leads Africa in the area of deceiving pastors, apostles, evangelists, reverends, general overseers and deacons. Among the political class are great compromisers, thieves, unpatriotic idiots, looters, greedy bunch, lawless cowards, unfeeling monsters and shameless irritants. Any Nigerian with the smallest amount of decency will feel revolted with all the shenanigans going on almost endlessly among our law makers. Actions that are obviously unpatriotic and blatantly inimical to the good of Nigerians are uploaded daily. Bukola Saraki, a man accused of corruption seats on the exalted chair of President of the Senate. Two third of senators have corruption charges dangling on their head like the sword of Damocles.

Senators are carpet bombing the good intentions of the Executive in pursuant of Saraki’s demonic dream to eventually morph as president of Nigeria. He is working assiduously and setting up dark machinations to cause magomago and topple the Vice President. Could you imagine that man, Bukola Saraki, as the president of Nigeria? Ha…….Nigeria is sinking! There is no sense of shame. No sense of moral revulsion. No more decency and boundary as to what is acceptable and permissible any more.

What is wrong with that nation? What is happening with our brain? What is the problem with our foundation? Who are we? What manner of human is Nigerian? Where did we come from? Why is Nigeria associated with so much evil? So much aberrations, so much rottenness, so much inhumanity against inhumanity, so much wickedness and so much oppression.

Look at the servants of the people. I mean the arrogant set of humanity called politicians. Nigerian politicians are like human hyenas who live nothing for the dawn. They are human lechers, blood suckers, looting machines, oppressors and empty heads. Eighteen years of lootocracy has further reduced Nigeria into a shadow of its former self. We are ridiculed all over the world. Senator Dino Melaye, the insane, chaotic, clownish, uncouth and blatantly opulent Kogi politician has brought disrepute to our politics. The ajekun iya ni oje politician parades himself as an illiterate, imbecile and a completely foolish man. How honourable and distinguished is this senator in all his public actions and utterances? He stockpiles the best cars stolen money can buy. Name it……Lambo, Ferrari, Bentley and Porsche. He tagged them into Dino 1…….Dino 2 and so on. What? In a nation of so much poverty where people could not rub N2,000 together. Who is fooling who?

Ha….Nigeria is self-exploding. Agitation has arrived on our shores. Agitation from dissatisfied and traumatized Nigerians who are sick and tired of the cruelty all around the nation. Nnamdi Kanu is stoking the fire of separation under the flag of Biafra. The Arewa youths are stoking the fire of confrontation and eventual warfare against the Ndigbo. People are openly calling for war, revolution and a return to fiscal federalism. Others are calling for bloody and total scorch earth destruction of all political elites, top military brass and all those who have kept Nigeria in the dark. This agitation is becoming strident because our politicians are stubborn, unfeeling and totally alienated from the feelings of those in the grassroots.

Gari, a popular Nigeria’s staple, is beyond the reach of the common man. But the senators voted for stupendous salaries, bloated allowances, vexatious privileges and too much excesses that can make you weep. Abomination has recently resurfaced to darken further our already polluted landscape. A deranged senator is calling for amnesty for corruption and economic saboteurs. Wao…….Before that, a kidnapping kingpin, Evans, who had been terrorizing Nigerians was arrested and the police lapped up the event as a successful coup to brag about their efficiency and readiness to fight crime.

In Nigeria, cash is being discovered in cemeteries, bunkers, deep freezers, silos, hole in the ground and some have been salted away in safe haven of foreign shores. Where are we going? Nigeria voted President Muhammadu Buhari to come and fight corruption and return Nigeria to the path of honour, decency, respect, integrity and global goodwill. Corruption has been fighting a dirty war and taking it back to the aggressors. Judges are colluding with corrupt politicians to stampede on Buhari’s anti-corruption drive and tear that dream into shreds. Now that the General is out of the radar, the lions in the National Assembly are baring their iron teeth to tear down the edifice of the anti-corruption crusade and return Nigeria back to status quo.

Ha…..Nigeria is self-exploding!!! Who will rescue us? Where do we go from here? I will proffer some solutions next week. Welcome to Distant Voices.