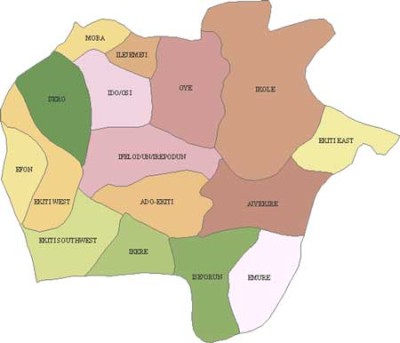 The four farmers abducted from a farm settlement at Ikosu Ekiti in the Moba Local Government Area of Ekiti State on Monday evening have regained their freedom.

The gunmen had on Tuesday, according to sources, contacted the authorities of the farm settlement and demanded N50 million before they could let the four victims off the hook.

However, sources in the area said on Saturday that the four men were released on Friday evening after spending four nights with the gunmen.

A source said, “I can tell you that they have been released. They are back to their families. All I can say is that when the kidnappers demanded ransom which was N50 million initially before it was reduced to N3 million, people were making moves to pay.

“But remember a suspected kidnapper, believed to be among the gunmen, was arrested in the week. It is possible the suspect was the one that gave the security agencies the clue. All I can say is that they are back home,” the source said.

But an impeccable source said, “The four victims were released at  Isolo in Kwara State after payment of N2 million. When the families were able to raise N2million, the kidnappers insisted on N30million. But they collected the N2million later.

The source, who lamented the increasing rate of kidnapping in the state, appealed to the state and federal governments “to make urgent moves to proffer solutions to the menace”.

A security source, who said the four men were freed at the Ekiti/Kwara states border following cooperation of police, Amotekun Corps and Vigilante in the two states, which allegedly put heat on the kidnappers, said the suspected gunman arrested in the area who was at present helping the security agencies’ investigations, would be taken to court on Monday.

The Police Public Relations Officer, Ekiti State Command, Sunday Abutu, in a press statement confirmed the release of the victims.

Abutu said, “The four farmers kidnapped in Ikosu Ekiti on Monday have all regained their freedom from their abductors at about 1800hours on Friday after conscious and relentless efforts by the Police, the Amotekun and the local hunters.

“They have all been reunited with their family members while the security operatives are still on the trail of the kidnappers for possible arrest,” the police spokesperson said.