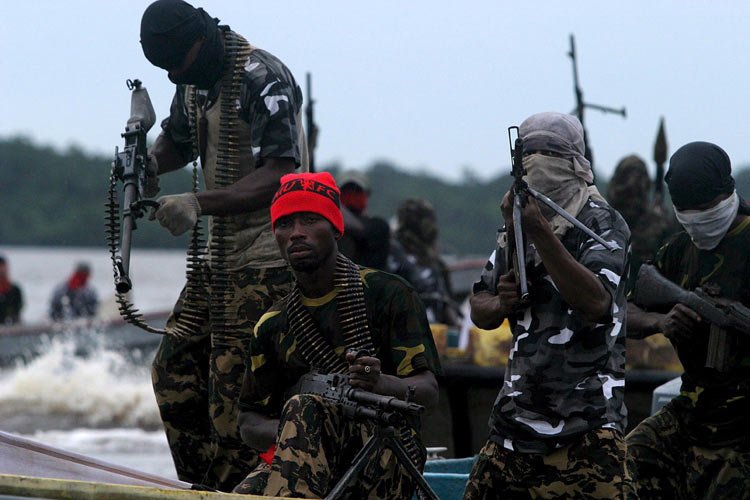 Gunmen suspected to be militants on Sunday abducted three Dutch nationals in Letugbene, a boundary community between Delta and Bayelsa States.
Two Nigerians, who were with the Dutch nationals, are also missing but community sources said they were not taken alongside the foreigners.
The whereabout of the foreigners, whose identities could not be established as at press time, remained unknown.
The incident, which occurred about 4:30pm, took place just after the Dutch nationals had left the palace of the traditional ruler of Iduwuni Kingdom, HRM King Joel Ibane (Ogiobo IX).
The Dutch nationals were at the monarch’s palace as part of their visit to the Dodo River communities, where they had visited for a fact-finding mission.
Sources said that the monarch had just seen the Dutch men off after they were conducted round a local hospital in Amutu II, when they were seized.
Community sources said that the foreigners were in the community to see the local hospital, which served over 16 communities along the Dodo River, and see how they could attract material support to meet the health care needs of the people.
The foreigners, two males and a female, were seized in a commando style by the group of militants, who brandished AK-47 rifles.
Sources said that the gunmen came in a Passport 19 boat, shooting sporadically to scare the community people, who were present at the jetty to bid the visitors farewell.
Several persons, who were in a second boat, were said to have jumped into the river to escape being hurt.
It could not be ascertained if any of the persons who jumped into the river was shot at or drowned.
A source said that a man who jumped into the river is still missing as at 10:45pm.
The gunmen made way with every valuable in the boat, including laptops, iPads, phones and cameras among others.
The gunmen released volume of bullets into the engine boats, which immediately packed up, before they jumped into the boats, dragging out the foreigners among the Nigerians.
A Nigerian journalist, who craved anonymity, said the incident happened in a twinkle of an eye and so could not specifically recount the number of persons abducted.
The journalist said: “I was on the boat with the three Dutch nationals and two Nigerians when the gunmen rounded us at Letugbene community and ordered everybody to lie face down in the boat.
“They collected all our belongings, including handsets, cameras and iPads among others.
“I heard them say: ‘take the white men away’.
“I don’t know if the other Nigerians were equally seized because after they left, we couldn’t find the two Nigerians.
“Some persons in the second boat, including community leaders from Dodo River, jumped into the river following the heavy shooting.
“We learnt some of them are missing, including the Holland-basedNigerians who came with the foreigners.”
It could be recalled that the foreigners had on Saturday alongside the team, led by a Holland-based Nigerian activist, Comrade Sunny Ofehe of Hope for Niger Delta Campaign, who doubles as the publisher/Editor-in-Chief of Inside Niger Delta Magazine, had briefed members of the Nigerian Union of Journalists, Warri Correspondent Chapel, of their mission to the communities.
At the briefing, the team had disclosed that they were in the Niger Delta following the invitation by the leadership of Dodo River Federated Community, led by Berry Negerese, who was said to have facilitated their trip, to see how they could the local hospital, which they said was built through a Global Memorandum of Understanding initiative.