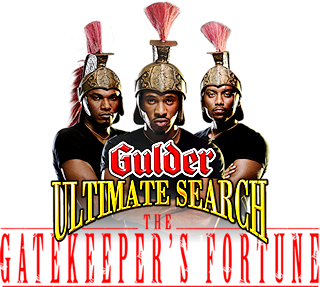 This year edition of the Gulder Ultimate Search is set to take place in Usaka Forest in Obot Akara Local Government Area of Akwa Ibom State.
The 12 contestants, few days ago, paid a courtesy visit to the newly constructed Akwa Ibom State Government House, just before their entry into the rugged and swampy terrain of Usaka to search for the 10th symbol.
The contestants were received by the state Governor, Obong Godswill Akpabio.
Also on hand to receive the Gulder Ultimate search crew were the Deputy Governor, Valerie Ebe; the state’s Head of Service; commissioners; and special advisers among others.
Akpabio thanked the management of the Nigerian Breweries Plc for staging the reality game show in Akwa Ibom State.
Akpabio, in his words, said: “This is the first time that Gulder Ultimate Search will be held in the same location for a second consecutive year.
“This is an uncommon decision brought about by some of the logistics the state put in place as an uncommon host.
“I am sure you will have an uncommon experience this time around and you will also go home with uncommon memories of Akwa Ibom State.”
The governor pledged that the state’s security apparatus would be deployed to ensure a hitch-free Gulder Ultimate Search 10 experience, just like previous editions.
The daily highlights of the game show will be broadcast on national terrestrial and satellite television stations from October 4 to October 31.