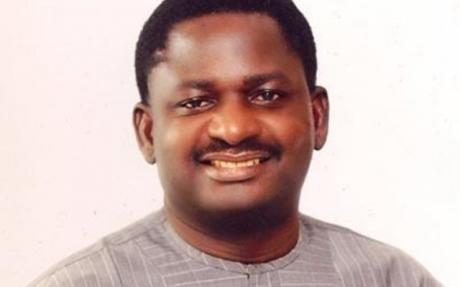 The Nigeria Guild of Editors has said it would canvass enhanced welfare for journalists at the ongoing National Conference.
The General Secretary of the Guild, Isaac Ighure, told the News Agency of Nigeria that the salary of an average journalist in the country was too poor.
Ighure said: “The Guild expects the conference to come out with suggestions or measures that would ensure good quality life and higher standard of living for all journalists.
“Over the years, Nigerian journalists have always had a raw deal.
“They are poorly paid.
“Remuneration is nothing to write home about.
“There are journalists who have not earned their salaries for more than a year.
“And you begin to wonder why an employer would offer somebody a job when he knows that he is not going to pay the person.
“It is not good enough.
“In other countries, what they do is that they enact laws which guarantee that workers earn their salaries as and when due.
“It should be a living wage, a salary that takes care of all the journalists’ needs, that enables them to pay for decent accommodation, own a car and at least even have leisure.”
Ighure, who is a delegate to the conference, said most journalists could barely survive after retirement, after putting in their active years in service to humanity.
He said it was worrisome to find people who had reported this country effectively for years retire into penury.
The NGE scribe disagreed with the notion that practising journalists are “riff-raffs,” saying the media professionals rank among well-educated Nigerians deserving of respect and dignity.
He said: “Journalists are not poorly educated.
“We have journalists with first degree, second degree, Ph.D.
“So why must they be poorly paid?
“I think these are things that ought to be looked into.
“Journalists are hardly illiterate people.
“Even in those days when they didn’t have degrees, they were the ones who wrote all the fine stories that the well-educated were reading.
“Journalists are selfless people.
“They work for the society.
“They work for the ordinary Nigerian to ensure that they have a decent life.
“So, I think they deserve respect and they also deserve excellent treatment.
|That is the only way the society can show that it appreciates their performance and doesn’t just run to them only when they are in trouble.
“If you know we are important in the scheme of things, then give us our due respect and pay us well.”
Ighure, who is also the Editor-in-Chief of NAN, explained that the role of journalists in the development of the country could not be overemphasised.
He further explained that they were in the forefront of the battle to dethrone the military from power.
He pointed out that in the process, many journalists lost their lives while others were maltreated and thrown into prison.
According to him, in spite of the maltreatments, perseverance, persistence, doggedness and fearlessness of the media made the military to give in.
He also called on media proprietors/employers to pay journalists better salaries as a matter of duty to the employees.

An Open Letter to Baba Buhari, by Kazeem Akintunde

Buhari: Reflections on Africa award for peace, by Femi Adesina