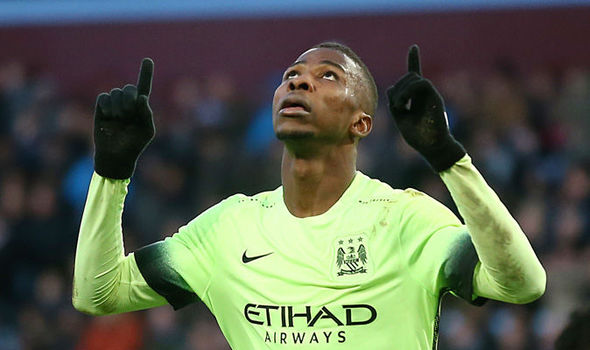 Nigerian whiz kid, Kelechi Iheanacho, has been named in Manchester City’s squad for the Champions League game against Steaua Bucharest on Wednesday.
Iheanacho, who played a part in City’s 2-1 win over Sunderland at the weekend, made the 21-man squad to travel to Romania.
The young lad played significant role last season and was also impressive during City’s preseason games.
Another Nigerian-born England youngster, Tosin Adarabioyo, also made the cut.
The defender made his first-team debut in an FA Cup tie against Chelsea in February.
Adarabioyo has also represented England up to the U19 level.
Meanwhile, Manchester City manager, Pep Guardiola, dropped Yaya Toure from the squad
The Ivorian midfielder was also not included in the 18 to face Sunderland last weekend.
Toure’s omission from the squad will leave Guardiola facing more questions about the player’s future.
Jason Denayer, Eliaquim Mangala, Samir Nasri and Wilfried Bony have also been left out of the squad.