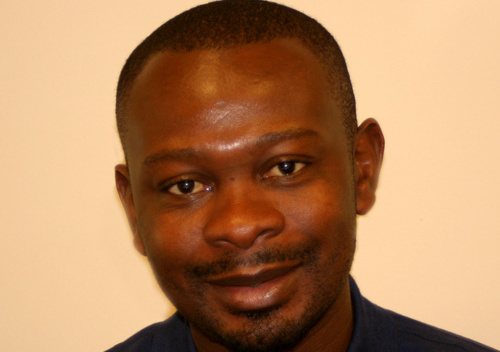 The Rule of Law and Accountability Advocacy Centre in collaboration with the Anambra State Police Command with support from Open Society Justice Initiative have concluded plans to ensure that citizens and policemen become aware of the Administration of Criminal Justice Law in Anambra State.
In order to achieve this, the groups agreed and launched the Police Stakeholders Partnership Forum, Anambra State.
The Executive Director of RULAAC, Okechukwu Nwanguma, addressing a selected crop of Crime Reporters in Ikeja, Lagos State, during the launch, explained that the PSPF, Anambra State was inaugurated and officially launched by the Anambra State Commissioner of Police, John Abang, in Awka on November 27, 2019.
Nwanguma disclosed that the forum was already tracking an incident, where some undergraduates were arrested by the Anti-Cultism Unit in Anambra State and subjected to series of torture.
He noted that the forum was initiated to fill the gap in citizens’ awareness of the Anambra State ACJL 2010 and to address the deficit in monitoring capacity within communities.
Nwanguma explained: “RULAAC, in collaboration with the Anambra State Police Command, with support from Open Society Justice Initiative, fostered the PSPF in Anambra State as a platform for monitoring compliance by the Nigeria Police Force with ACJL. With the roll-out of community policing by the NPF, the platform also serves to promote stakeholders’ understanding and participation in its implementation. The platform serves as a mechanism for holding NPF personnel to account for rights violations, while growing skills and awareness to ensure prevention and reduction of such violations.”
The platform is also expected to facilitate and promote interaction among stakeholders, to track, report, discuss and resolve cases and incidents in the state, as well as to virtually coordinate the activities of the PSPF.
He said: “The Forum has been intervening in cases and situations in Anambra State. The platform has intervened in at least two cases since it was created in December. For instance, the group issued a statement calling on the Anambra State Command to investigate the killing of Nnaemeka Nnabuenyi aka Onyeocha, at Umuokwu in Alor, Idemili Local Government Area of Anambra State on December 25, 2019. This was in response to the delay by the police in commencing investigation to resolve the raging controversy over who was responsible for the killing. Initial reports pointed at a police officer, later reports said it was a DSS operative and again, another report pointed at a vigilante group.
“The group also engaged the police with a view to ensuring that justice was done in the case of the brutal attack on a lawyer, Jonah Obasi, by some policemen in October 2019 when he intervened to prevent the unruly policemen from continuing to physically assault a citizen along Onitsha-Awka road, near his law chambers. The group’s intervention facilitated a meeting between the police and the Nigerian Bar Association (NBA) leaders in the state to mutually and justly resolve the matter.”
Members of the platform called for more and regular engagements with the police such as through town hall meetings at community level to create mutual understanding and bridge trust gap, as well as citizens-media engagements in order to sustain the sensitization efforts pioneered by the PSPF and to create citizens awareness of their rights and civic duties under the ACJL and other relevant laws.