CSOs to Osinbajo: Order release of 21-year-old lady detained for 100 days over link to IPOB, ESN 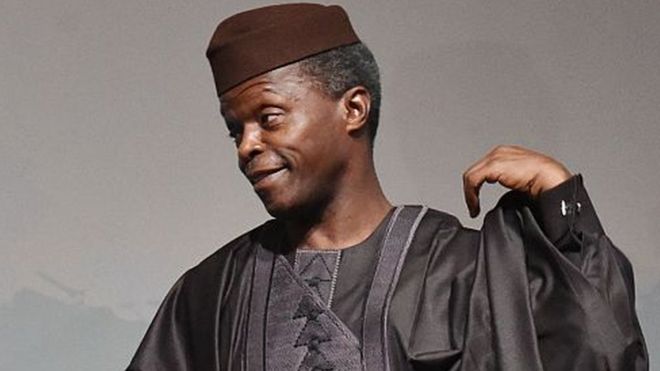 At least 36 groups of human rights activists and Civil Society Organisations have written an open letter to the Vice President, Prof. Yemi Osibanjo, demanding he intervenes in the continued detention of 21-year-old Gloria Okorie.

In the letter, dated September 20, signed by the 36 groups, Osibanjo was implored to order the Police to obey a court order asking them to release Okorie or charge her to court.

The groups argued that Okorie had been in police detention for over 100 days.

It will be recalled that Okorie was arrested on June 17, 2021 on the allegation that she was a spy girl for the Indigenous People of Biafra and Eastern Security Network.

She was then detained incommunicado by the Inspector-General of Police Intelligence Response Team at their Tiger Base office in Owerri, Imo State before she was transferred to the Abuja headquarters of the IRT.

The group stated: “For 100 days, the Police have continued to stubbornly and contemptuously detain Gloria in defiance of several legitimate efforts to release her, including a court order on the police to release her on bail or immediately charge her to court. Also, repeated pleas by her parents, family members and lawyers to secure her bail and civil society demands for her release on the grounds of her constitutional rights under Nigeria’s 1999 constitution, as well as public outcry and media reports over her continued detention by the Police in flagrant violation of the law, had not moved the police. This is an indictment on the rule of law credentials of the government.”

The group explained that for weeks, Okorie’s parents had searched for her, going from  hospitals to morgues, police stations and churches, in search of any lead until her whereabouts was eventually disclosed by a commercial motorcyclist that was arrested alongside the lady two weeks earlier.

The motorcyclist traced Okorie’s family to inform them of the location of their “missing” daughter.

The group noted: “The police issued a belated and face-saving statement through their public relations unit claiming that Gloria was a spy. This was in response to public outrage over her secret detention and enslavement for 70 days without charging her to court as required by law and causing her and her parents and community serious trauma. Gloria is a student who sat for her JAMB exam shortly before her arrest. With her arrest and continued indefinite detention, she cannot write post-UTME, and whatever dream of acquiring higher education she has, may be jeopardised by the Police.”

The group further told the VP that Okorie’s detention was unlawful and had stripped her of every fundamental right guaranteed under the Nigeria 1999 constitution.

This action, the group argued, meant police had already convicted Okorie without trial.

“The Police have deliberately and consistently kept Gloria incommunicado and the police have continued to conduct itself with impunity despite public outcry and repeated civil society calls for Gloria’s release or immediate arraignment in court,” the group stated.

The group told Osinbajo that the continued detention of Okorie without bail or charge should be a source of concern to him and all Nigerians, who are genuinely committed to the rule of law.

The group noted: “Having exhausted all avenues to make the Police act in accordance with the law unsuccessfully, we are writing to you as a father, a Pastor and the Vice President of the country to kindly use your good offices to intervene in the continuing detention of Gloria by the Police and help bring an end to the trauma and plight of her parents, family, and community. Also, in a vengeful move, the police lured back to the station the motorcyclist that revealed Gloria’s whereabouts, re-arrested and mercilessly brutalised him. His whereabouts remain unknown as we write this letter.”