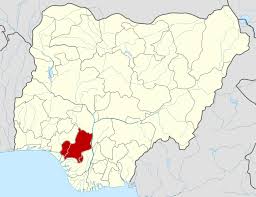 As Edo voters brace up for the new date for the governorship election fixed for September 28, they have been charged to come out in large numbers to vote and not to be intimidated by the antics of some faceless trouble-makers who were said to be planning to unleash mayhem on the voters.
A pressure group, Edo Democratic Front (EDF), gave the charge
in Benin City on Thursday, urging the voters to ignore the drumbeats of war by such mischief makers whom the group labelled as “mere faceless and spineless blacklegs”.
In a press release signed by its scribe, Mr. Tijani Osahon, the EDF urged the voters to set up their eyes squarely on the election and ensure its success by coming out enmass on the election date to exercise their democratic franchise without any let or hindrance.
The group reminded the voters that it is their fundamental human rights to fully participate at every election to freely elect those they wish to govern them. It pointed out that insinuations and rumours of violence on election day were meant to scare voters from the voting centres; therefore, the voters must not succumb to that.
In expression of their fundamental human rights as it relates to voting, the EDF posited that such rights were duly enshrined in the
1999 Nigerian Constitution, as amended, and even in the Article 21 of the 1948 United Nations Universal Declaration of Human Rights (UDHR):
“The Declaration stipulates that everyone has the right to take part in the government of his country directly or through freely chosen
representatives”.
Quoting copiously from Article 21 section three, of the UDHR, the group pointed out: “The will of the people shall be the basis of the
authority of government. This will shall be expressed periodically through genuine elections, which shall be by universal and equal
suffrage and shall be held by secret vote or equivalent free voting procedures,” The EDF clamoured that nobody or group has the right therefore to impede voters from exercising their rights to vote at any given election.
EDF warned all stakeholders in the Edo guber polls not to mortgage the peace of the State on the altar of partisan politics, stressing that Edo State was bigger than any individual or political party. It also warned the neighbouring states to stay clear of the guber polls: “We wish to warn Bayelsa, Delta and even Ondo, our neighbouring states, not to interfere in any form in the coming polls as t is purely our own internal affairs in Edo State;” while tasking the neighbouring states to face their own internal challenges of governance, which the EDF said “were very