Group demonstrates in Lagos against hardship faced by Nigerians + photos 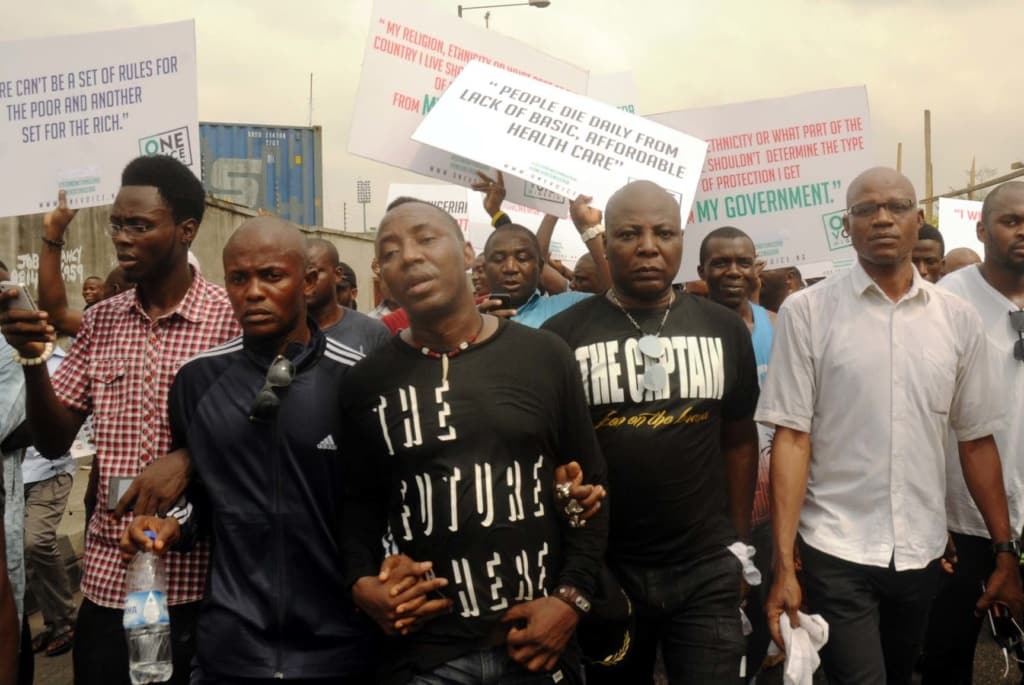 A group of anti-government protesters on Monday took to the streets of Lagos in demonstration against what they described as unbearable hardship being faced by Nigerians.
The News Agency of Nigeria reports that the protesters started their peaceful march at about 10.20am from the National Stadium, Surulere through Ojuelegba to the National Theatre Complex, Iganmu.
Some of the protesters carried placards with inscriptions such as: “This is not the Nigeria I want for my kids”, “Food, medicine, everything is three times more expensive, but salaries haven’t increased.”
NAN reports that two notable activists, Charles Oputa, alias Charly Boy, and Seyi Law, a comedian, were part of the protest.
The Publisher of Sahara Reporters, Omoyele Sowore, was also part of the protest.
NAN reports that at the National Theatre, the hundreds of protesters were addressed by several activists on the need for good governance in the country.
Charly Boy said he was pleased that the protest took place in spite of the decision of Innocent Idibia, popularly known as Tuface, to back out from the action.
Oputa said: “I thought when Tuface decided to back out from the protest, I won’t see people turning up for the protest.
“I am happy for the gathering.
“This is just the beginning.
“This protest will continue until there is good governance, until things change for the best in the country.”
For comedian Seyi Law, the protest should not be for activists alone as the economic situation was affecting everyone.
Another activist, Olu Martins, said Nigerians had no reason to be facing hardship as God had endowed the nation with abundant resources.
NAN reports that the Commissioner of Police in Lagos State, Fatai Owoseni, led officials of other security agencies, including the Department of State Services, the Nigeria Security and Civil Defence Corps and the Nigerian Army to monitor the protest.
Owoseni expressed satisfaction at the peaceful conduct of the protest, saying: “At the end, everyone was happy.”
NAN reports that the protest momentarily brought traffic to a halt on the ever-busy Funso Williams Way.
Tuface had called for nationwide protest against what he claimed as the worst economic crisis in the country which saw the costs of goods and services skyrocketing, with many families struggling to survive.
The popular musician, however, cancelled the protest on Sunday citing “security concerns and public safety consideration”.
However, some groups vowed to go ahead with the protest in spite of the cancellation by its initiator but it attracted a lean turnout in Lagos.
NAN. 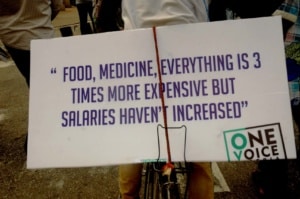 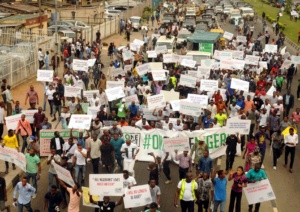 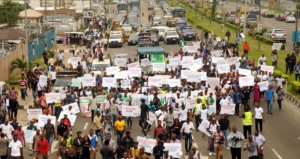