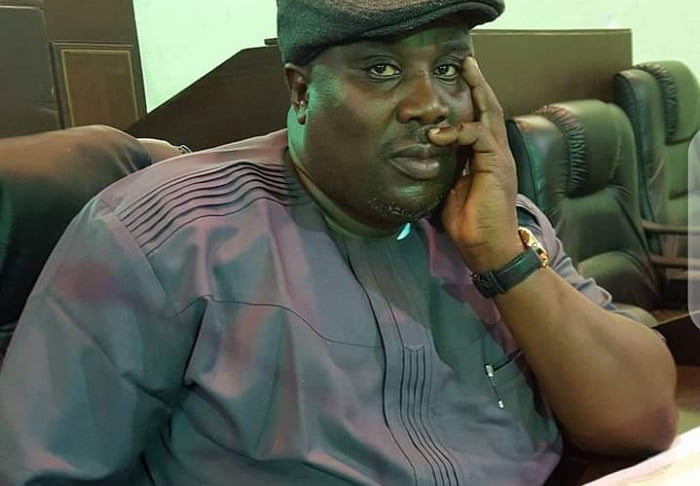 A group of youths, under the aegis of the Ogun East Youths for Good Governance, has condemned the arrest and detention of the Deputy Speaker, Ogun State House of Assembly, Rt. Hon. Oludare Kadiri, by the police over alleged invasion and assault.

The position of the group was contained in a statement jointly signed by its President and Secretary, Samuel Adekoya and Adetola Sopeju respectively.

The statement said: “We condemn the arrest, detention and the desperate attempts in some quarters to malign the person of Hon. Dare Kadiri over what has turned out to be undue and unwarranted political victimization.”

The group said the Deputy Speaker has adequately represented his constituents since his election in 2015, describing him as a committed, dedicated, dynamic, focused and purpose-driven lawmaker.

It said: “He has defended the interests of youths, women and the generality of his people and never wavered in positively projecting the ruling All Progressives Congress (APC) within and beyond his constituency.

“We are, however, surprised that a distinguished party man who has risked everything to help bring the current administration on board is now subjected to ridicule and opprobrium.

“The narrative in the media was that Hon. Oludare Kadiri, popularly known as Maba, led hoodlums to attack some persons and vandalise their property, with threat to come back with more violence.

“He was also accused of descending heavily on one Hon. Yinusa Adekunle. In another breath, the Deputy Speaker was alleged to have masterminded the seizure of some registers in the ongoing APC membership registration and revalidation exercise. This is entirely false.

“Also, the ‘explanation’ by the state police command amounts to reinforcing falsehood.

“A viral video of the incident which is making the rounds has cleared the air and shown that Hon. Oludare Kadiri only came for peaceful intervention.

“He never assaulted anyone. If the viral video is critically assessed, one will discover that Hon. Oludare Kadiri came to the scene after Hon. Yinusa had been beaten by some members of the community.

“One will realise that the video was shot at the behest of the Deputy Speaker. He only instructed one of the boys around to take pictures and record the scene for proof, and not what detractors mischievously changed it to that Maba sent thugs to beat up Hon. Yinusa.

“From our independent findings, some aggrieved members of the community had beaten Hon. Yinusa before Maba came into the scene. How can people now shamelessly turn the table against a lawmaker who had been supporting and defending his constituents?

“We want to appeal to well-meaning members of the public to discountenance the spurious claims that the Deputy Speaker was arrested and detained for assault. His ordeal was clearly orchestrated and designed by internal forces bent on tarnishing his image.

“We reject the despicable and ignoble attempts to drag the name of Hon. Oludare Kadiri in the mud.

“The Deputy Speaker needs to be encouraged and supported for his yeoman’s job in bringing more dividends of democracy to the downtrodden and generality of his constituents.

“Silencing and intimidating him would do no good at this point in time.”