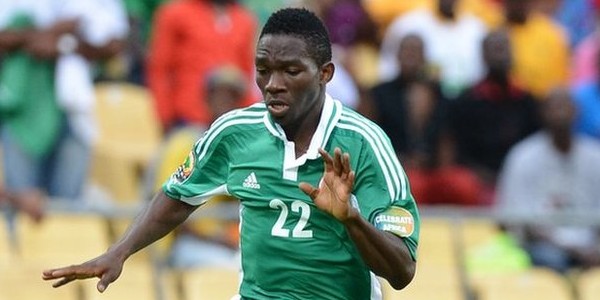 Share
Facebook Twitter LinkedIn Pinterest Email
Nigeria star, Kenneth Omeruo, is still a transfer target for Turkish Super Lig club Göztepe.
According to reports in Turkey, Göztepe are in the market for a central defender and they have two players in mind that they are considering for that role apart from the Nigerian.
Brazilian pair Ronaldo Alves (Sport Club do Recife) and Edinaldo Gomes Pereira (Espanyol) are both on the shopping list of Göztepe.
Of the three aforementioned players, only Omeruo has the experience of playing in the Turkish Super Lig, having had previous spells at Alanyaspor and Kasimpasa, albeit on loan from Chelsea.
As exclusively reported by allnigeriasoccer.com more than a year ago, Göztepe had made a move for the Super Eagles number 22 at the World Cup but missed out on his signature to Kasimpasa.
Omeruo is training with Chelsea’s ‘loan group’ ahead of a permanent or temporary transfer in this transfer window.