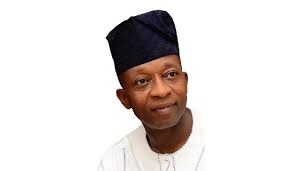 A member of the Peoples Democratic Party, Jude Idimogu, on Tuesday warned that his party might lose Ondo State to another party if its leaders failed to unite before the governorship poll.
Idimogu, a lawmaker representing Oshodi-Isolo II in the Lagos State House of Assembly, spoke with the News Agency of Nigeria in Ikeja.
He spoke as two factions of the party continued a legal battle over the party’s candidate in the forthcoming election.
The Ondo State governorship election comes up on November 26 and a faction of the party led by Alhaji Ahmed Makarfi is in court to upturn the candidacy of Jimoh Ibrahim in the poll.
Ibrahim, a member of the Senator Ali-Modu Sheriff faction, had been recognised as the PDP candidate by the Independent National Electoral Commission following a court order directing it to do so.
The Sheriff faction had earlier declared Jimoh winner of a primary election it conducted.
The court order had left the Makarfi faction aggrieved, as the court decision displaced Eyitayo Jegede, who had emerged winner in a separate primary election it also conducted and whose name it had also sent to INEC.
The Makarfi faction is still trying to upturn the court decision, with the election barely two weeks away.
Idimogu said that the court was not the best place to settle the matter with the election knocking at the door, urging the leaders to sheath their swords and unite in the interest of the party.
He said that failure to do so, would spell doom for the party at the poll.
Idimogu said: “Our party is not organised and we will pay dearly for this again in Ondo if we allow crises to linger on. We are the ones to solve our own problems.
“Our elders should bury the hatchet. Let them sit down together and agree on best solutions. Sincerely, I am not happy with the situation of things.
“It is sad that our party is still in this situation few days to the election.
“If we lose Ondo State again, it will be bad for the party. We cannot continue like this and expect a radiant future for the party.”
The lawmaker urged the national leadership of the party to encourage the young people in the party by getting over the crisis quickly.
He pleaded with all stakeholders in the party to do away with personal interests for the collective interest.
He noted: “Let our leaders help those who are relatively young in the party by putting things in order. There is no more time to delay putting our house in order.”