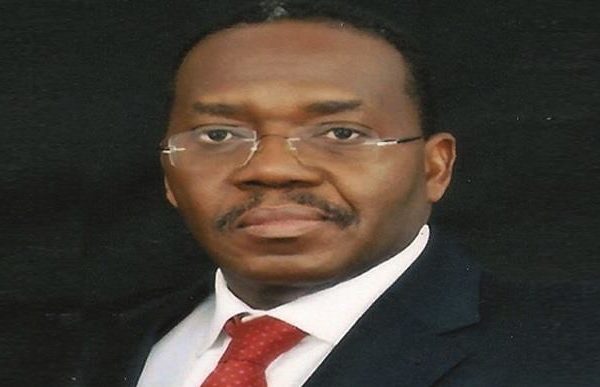 Ambassador Godknows Igali, a Peoples Democratic Party governorship aspirant in Bayelsa on Wednesday pledged to prioritise human capacity building if elected governor of the state.
Igali and 20 others are jostling for the PDP ticket in the party’s primaries slated for September 3 ahead of the November 16 governorship election in the state.
Speaking at a news conference to unveil his manifesto at his campaign office in Yenagoa, Igali, a career diplomat, said that he would adopt a novel funding approach to drive the development of the state.
Igali was a Nigerian ambassador to the Scandinavian countries of Sweden, Denmark, Finland and Norway.
According to him, rather than deploy public funds on infrastructure, he will use equity funds from investors to build infrastructure and use public funds for social investment to develop the capacity of the people.
He said that he would also leverage on his exposure as an ambassador to attract development aid and Foreign Direct Investment and deploy models used by other countries with similar challenges as Nigeria to develop Bayelsa.
Igali said that if elected governor of Bayelsa, he would ensure that primary and secondary school students were fed twice at state government expense.
He promised to sustain the free and compulsory primary and secondary education and subsidise tertiary education by payment of bursary to undergraduates.
He said: “I come to the race prepared with a new approach and new strategy to serve the people of Bayelsa to improve their lots.
“I have the requisite expertise and international exposure to attract foreign capital to develop Bayelsa.
“When that happens, we save on the funds that hitherto went into infrastructure and then deploy it to social services to make life more meaningful to the people of Bayelsa.
“My emphasis shall be on the human capacity development, because without people, all the roads, bridges and buildings will have no meaning, it is the human factor that adds value and meaning to everything you do on infrastructure front.
“My administration shall ensure free healthcare for children under the age of 10 years and elderly above 65 years while the rest of the population shall enjoy affordable and accessible quality healthcare through a health insurance scheme.
“I have the experience and strength of character to lead the people and that is why I am unveiling my manifesto and it is my commitment to serve the people of Bayelsa and I want the people to use it and hold me accountable.”
He described the epileptic power situation in the state as non-technical but commercial in nature as the power distribution company was unwilling to evacuate available power to the consumers.
According to him, the Federal Government has tripled the capacity of the distribution substation at Gbarain serving Bayelsa to ensure the availability of more power from the national grid.