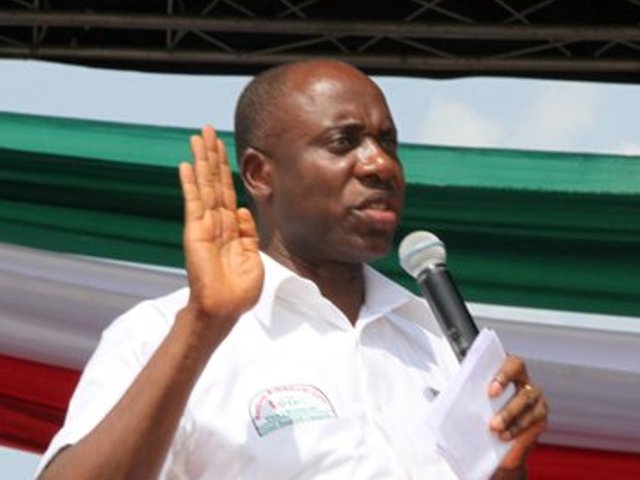 A delegation of eight governors has advised Governor Chibuike Amaechi of Rivers State to personally visit President Goodluck Jonathan and brief him of the poor security situation of state.
They gave the advice when they paid a solidarity visit to Amaechi in Port Harcourt on Thursday.
The governors were: Kayode Fayemi, Ekiti State; Babatunde Fashola, Lagos State; Ibukunle Amosu, Ogun State; Rauf Aregbesola, Osun State; and Abiola Ajumobi, Oyo State.
The Deputy Governors of Imo State, Nassarawa State and Zamfara State represented their governors.
They met with Amaechi in a close-door, while their spokesman, Fayemi, told newsmen that their mission was to stress the importance of their concern for the security of Rivers State.
Fayemi said that the issue of security in the country was “far more of a major concern” to Nigerians.
According to him: “We have met with our brother and chairman of our forum in an extensive discussion and he has briefed us on the situation on ground here.
“We do feel strongly, having listened to him, that it is quite important for him to actually go and brief Mr. President, who is our leader and the chief security officer of the country, on the very challenging security situation here in Rivers.
“We believe that our chairman and brother will give serious consideration to that particular concern we have expressed to him.
“It is important, as the chief security officer of Rivers, to take the opportunity to go and brief Mr. President on the security situation in the state.
“In our discussion with our brother, we talked on the importance for the hierarchy of our police authority, the Inspector General of Police, to help in restoring the confidence of the people of Rivers in the police.
“For us, we believe that this is a matter that requires the moral authority of Mr. President as well.
“It is about saving democracy.
“It is about ensuring that peace reigns in Rivers.”
Fayemi said that nobody should use any means to create tension in any place in the country.
He added: “The tension in Rivers is avoidable and we want all parties to sheathe their sword and to help restore the peace and security of the state.”
The Zamfara State Deputy Governor, Alhaji Ibrahim Wakkala, believes that Amaechi briefing Jonathan would help find a lasting solution to the crisis.