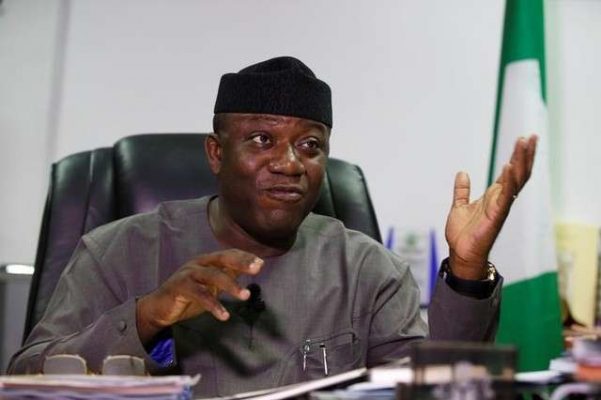 The Nigeria Governors’ Forum and the Nigeria Labour Congress have expressed doubt about the claim by the Nigerian National Petroleum Corporation that over N67.5 million litres of petrol is consumed in the country daily.

The Head, Media and Public Affairs of the NGF, Abdulrazaque Bello-Barkindo, said this in a statement he issued on Wednesday.

Bello-Barkindo said this was part of the resolutions of the meeting of the NGF and NLC in Abuja.

Bello-Barkindo said the Chairman of the NGF and Ekiti State Governor, Dr. Kayode Fayemi, argued that the nation’s economy was at the precipice and that it had become necessary for the two groups to verify NNPC’s estimates carefully.

The statement said: “Fayemi told the labour leaders that subsidy removal had remained an ongoing conversation not just among governors but the country at large and emphasised that governors could not but be part of the solution providers in this onerous task that is confronting the nation.

“There are raging questions of accountability associated with subsidy removal in the country and observed that the NGF and the NLC can jointly work together to proffer solutions that heal the economy and provide succour to the Nigerian people.

“We need a partnership with the NLC to confront the challenges of what the NNPC is about… because there is a lot of fraud in the consumption and distribution figures that the country is getting and we can only move forward if the NLC engages all those who are knowledgeable in the field like PENGASSAN (Petroleum and Natural Gas Senior Staff Association of Nigeria) to conduct a thorough research into the sector before any further action is taken on subsidy.”

According to Fayemi, only about eight states benefit directly from the subsidy, while all the others have to contend with the issues by themselves.

The Edo State Governor Godwin Obaseki, who joined the meeting virtually, warned that Nigeria could either continue acting like Santa Claus or take concrete actions rather than wasting away N3 trillion on subsidy as proposed by the NNPC and approved by the Federal Executive Council on Wednesday.

Obaseki said the country would do well if it revamped the power sector, which he noted was virtually comatose.

The President of the NLC, Ayuba Waba, and his Trade Union Congress of Nigeria counterpart, Quadri Olaleye, expressed concerns as to why the subsidy issue had always been shrouded in secrecy on the part of the government.

The union leaders faulted the conflicting figures from managers of the petroleum sector, calling it objectionable.