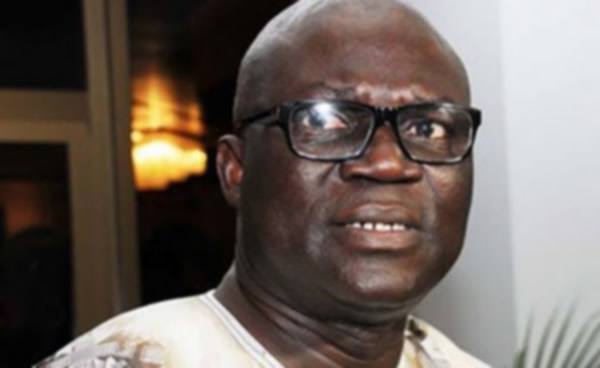 Samuel Ortom, the Governor of Benue State, former motor-park tout, former motor-park Chairman and driver, and former Minister of the Federal Republic, a self-made man by all accounts, has since defected back to the Peoples Democratic Party (PDP). This was his original party before he joined the President Muhammadu Buhari bandwagon and became an All Progressives Congress man. Now he is back to the PDP, on the grounds that he can no longer condone the killing of his people by Fulani herdsmen, the biggest problem he has had to deal with as Governor of Benue State.
Of course, he also has very powerful Abuja-based political adversaries like the former Governor of the state, George Akume now a Senator, and others who want him out of office.  Samuel Ortom is thus caught between a moral dilemma and the reality of political survival. To protect himself with, I believe, the latter weighing more heavily on his scale of choice, he has chosen to abandon the APC. Good for him as he dances up and down.
However, the attempt to impeach him by eight out of the 30 members of the Benue State House of Assembly is yet an indication of the sinking ship of the ruling APC. What Ortom faces is the assault of political herdsmen! These guys are so desperate and frustrated they don’t seem to give a damn. Constitutionally, eight members of a House cannot impeach a sitting Governor. Section 68 (1)(g) of the 1999 Constitution talks about the fate of legislators who defect from their political parties, but the entire Constitution is silent on what can be done to Governors who defect from their political parties while still in office. And yet, eight members of the Benue State House of Assembly, purportedly enjoying police protection stormed the House in Makurdi yesterday, got policemen to lock out the other 22 members and served a notice of impeachment on Ortom. Ortom does not deserve to be so shabbily treated. The so-called impeachment notice is null and void.  It is worthless and stupid.
If the APC is aggrieved that Ortom has jumped their ship, the only option available to them is to go to court.  Which is fine because at least one party chieftain has threatened that Ortom and any other defecting Governor who refuses to drown with the APC, will be sued. But to turn the law on its head and deploy state instruments of coercion to achieve illegal ends is unacceptable in the circumstance. Oshiomhole should talk less and pay attention to matters such as this, which project him as a willing undertaker of the APC.