Governor frowns at ‘indiscriminate’ release of criminals on bail 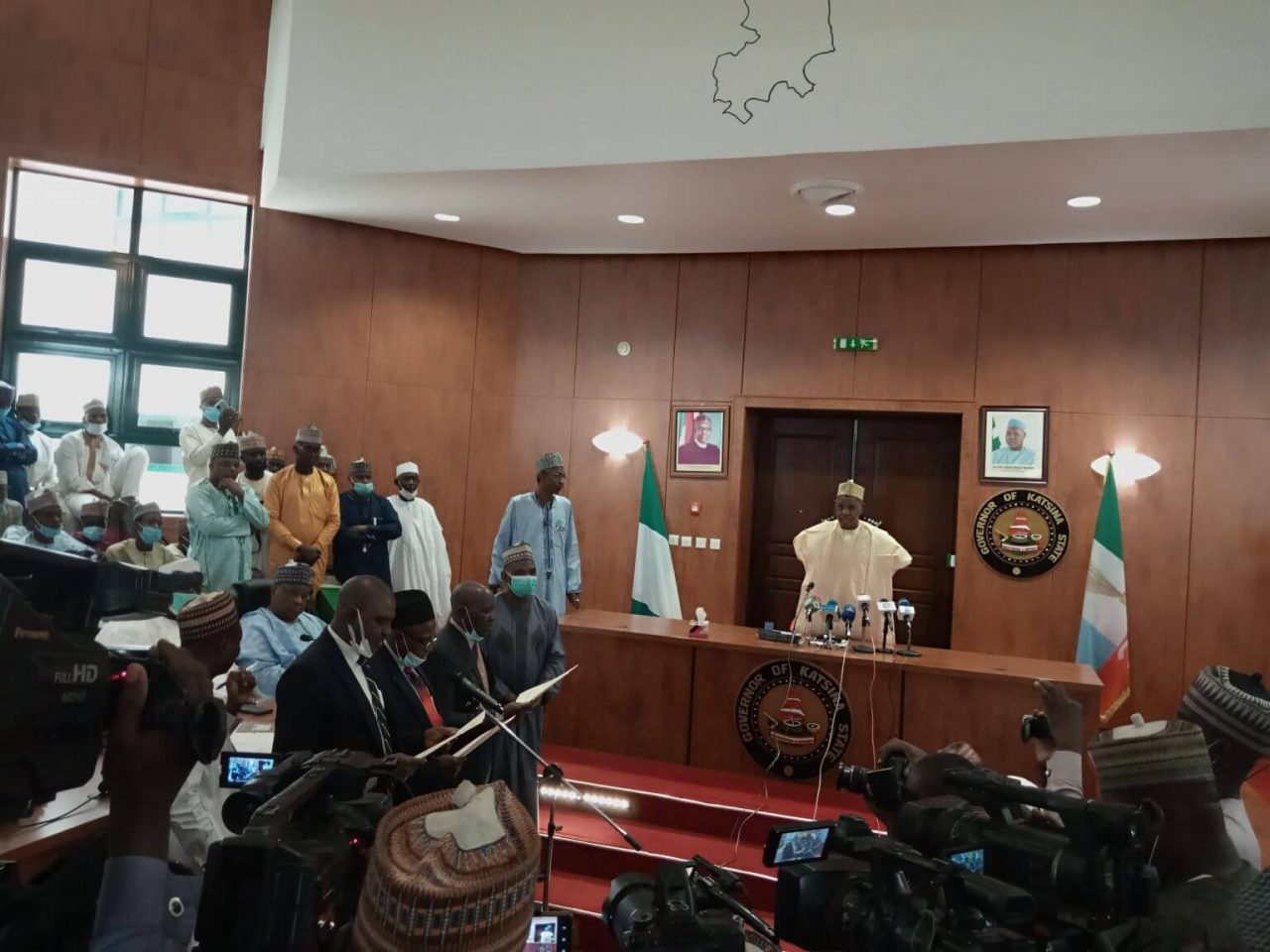 Governor Aminu Masari of Katsina State has frowned at what he called the indiscriminate release of suspected bandits, rapists and other criminals on bail by the courts.

The Governor made this assertion shortly after the swearing in of three newly-appointed High Court Judges on Wednesday.

Masari called on the Nigerian Bar Association to implore its members that are in the habit of supporting criminals to secure bail through the instrument of fundamental right enforcement to be ethical and avoid compromise under cover.

He said: “We are in an unusual time of serious security challenges and must therefore put heads together to address these unusual challenges.

“We have had incidents where suspected bandits, terrorists, armed robbers and rapists were released on bail only for them to commit the same offence.

“Such ugly incidents could have been averted if bail was not granted at all.”

The overriding objective of every legal system, he said, is to deliver justice, which is the best pivot and pillar that upholds the very best of decency and the best guarantee for peace, prosperity and good governance.

Masari added: “The age long adage that justice delayed is justice denied has been a thing of concern to the government.

“Thus there is the need to address the speed of justice among all stakeholders in the justice sector.

“It was in response to the Justice Sector Reform in the state that the state Administration of Criminal Justice Law (ACJL) 2019 and the state Penal Code Law, 2019 were repealed and replaced with the new laws of 2021.”

The Governor noted that the new laws addressed the shortcomings observed in the 2019 law.

He further stressed that with this development, all actors and stakeholders in the justice sector will now work towards a coordinated approach to ensure speedy disposition of criminal cases which involves arrest, investigation and prosecution.

Masari said the state government is seriously disturbed over the trend of blame shifting by the justice sector actors.

Masari therefore directed the state’s monitoring and coordination committee to discharge its statutory mandate by ensuring that all criminal cases are handled with deserved dispatch.

He further urged the committee to ensure that the ugly trend of releasing suspects with prima-facie records of crimes on bail is checked.

He further urged the new judges to consider their appointment as a call to duty that requires more dedication, professionalism and above all the fear of God.

Those sworn judges are Justice Ibrahim Shu’aibu, Ibrahim Mashi and Abubakar Maude as the newly appointed judges of the state’s High Court.