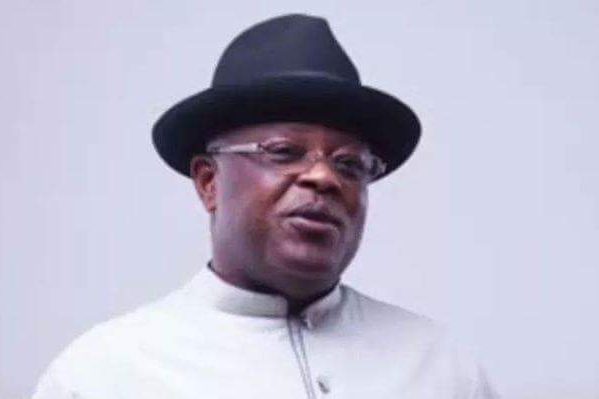 Governor David Umahi of Ebonyi on Tuesday rewarded Chidimma Nwankwo with N300,000 for winning bronze in Taekwondo at the last African Youth Games competition in Algiers, Algeria.
The News Agency of Nigeria reports that Nwankwo, 16, hails from Ezzamgbo, Ohaukwu Local Government Area of the state and won the medal in the 53 kg category of the Games.
Charles Akpuenika, the state Commissioner for Youth Development and Sports who made the presentation on behalf of Umahi, said the governor and the state’s sports community were proud of Nwankwo’s achievements.
He said: “We are pleased with your bronze-winning feat at the Games as you had earlier won a gold medal in the same event at the National Youth Games, held in Ilorin Kwara.
“This token is a form of encouragement to you to work harder and win gold medals for the state and country in your future endeavours.”
The governor noted that budding sport talents across the state would continue to enjoy the government’s support to win more laurels and achieve their life ambitions through sports.
He said: “The provision of modern sports facilities at the refurbished Pa Ngele Oruta Stadium among other centre across the state, has assisted in harnessing these athlete’s talents for more product usage.
“The sports school competition which has been revamped among other grassroots-oriented sports policies have ensured that sports talents scattered around the state are discovere and nurtured.”
Nwankwo thanked the governor for the gesture and noted that it would spur her to greater achievements.
She said: “I aimed to clinch the gold medal at the Games but lost due to technical errors which, however, have been identified and will be worked on.
“I am pleased with my achievements with the highest being the opportunity to ‘fight with white athletes’ during the competition.”
The Ebonyi Teakwondo Coach, James Onwe, who tutored Nwankwo, also commended the governor for the gesture and noted that she would be better prepared for future competitions.
Onwe said: “She is the best athlete in the event’s category in the country and we are happy that she would henceforth compete in the senior category due to her feats.”
Franca Nwankwo, the athlete’s mother, thanked God for the gift imbued in her daughter and noted that she would continue encouraging her.
Nwamkwo said: “I initially wanted to stop her from engaging in the sport but when I realised it was her talent and her resilience in engaging in it, I decided to encourage her.
“I urge parents to discover the talents God endowed their children with and encourage them instead of imposing careers on them.”
Chika Chukwumerije, Technical Director of the Nigerian Taekwondo Federation, noted that the federation was pleased with Nwankwo’s performances and would encourage her to perform better.
Chukwumerije said: “We thank the Ebonyi government for the gesture and enjoin other state governments to emulate such to enable their athletes perform better.
“The NTF will continue harnessing budding talents through efficient policies and programmes to ensure that the country continues producing world class athletes in the sport.
“We have also enhanced the operational capacities of our referees and coaches by organising refresher courses and trainings to make them adept with modern developments in the sport.”