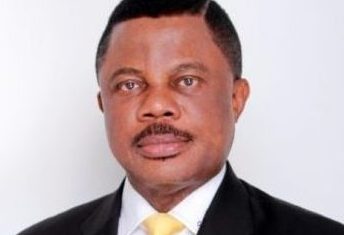 Governor Willie Obiano has imposed a 7pm to 6am curfew on Omor and Anaku communities in Ayamelum Local Government Area of Anambra State.

This was contained in a statement by Prof. Solo Chukwulobelu, Secretary to the State Government.

The state government said the curfew is until further notice.

The statement said: “The curfew begins on Monday. Residents of the two communities should obey the order as security personnel are on strict orders to enforce the curfew directives.

“The government has lifted the curfew imposed on Igbariam, Aguleri, Umueri, Nteje, Awkuzu and Umunya communities on April 26, following the return of normalcy in the areas.”

The News Agency of Nigeria reports that on Sunday, a violent clash broke out between residents of Anaku and Omor Communities.

The police said three persons have been confirmed dead in a clash between Omor and Anaku communities in Anyamelum Local Government Area of the state.

DSP Tochukwu Ikenga, Police Public Relations Officer in Anambra State, told NAN in Awka on Sunday that normalcy has since been restored in the area.

Ikenga said Chris Owolabi, Commissioner of Police in the state, personally led a team of operatives to quell the crisis between the neighbouring communities.

He said the command was still gathering information on the extent of damage, while assuring that efforts were on to avoid deterioration of the situation and ensure lasting peace.

He said: “Normalcy has been restored in the area and our men are still on ground to ensure safety of life and property.

“So far, we have recovered three bodies, which have been deposited at the morgue.”