Gov. Lalong votes over N73m for himself, aides for Dubai, US trips 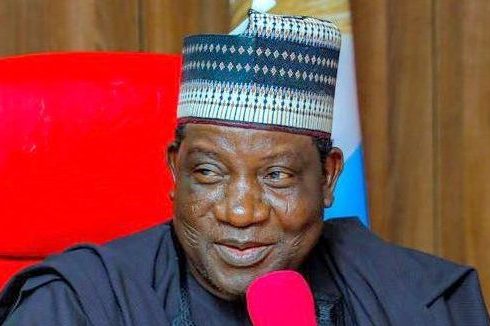 Despite being a key member of the planning committee of the ruling All Progressives Congress National Convention slated for this Saturday in Abuja, arrangements are in top gear by Governor Simon Bako Lalong of Plateau State and some aides to embark on a 15-day foreign trip in which over N73 million had been voted for, and approval for the same has been received.

The trips are a Business Summit in Dubai, United Arab Emirates and medical checkup in Atlanta, Georgia, United States. 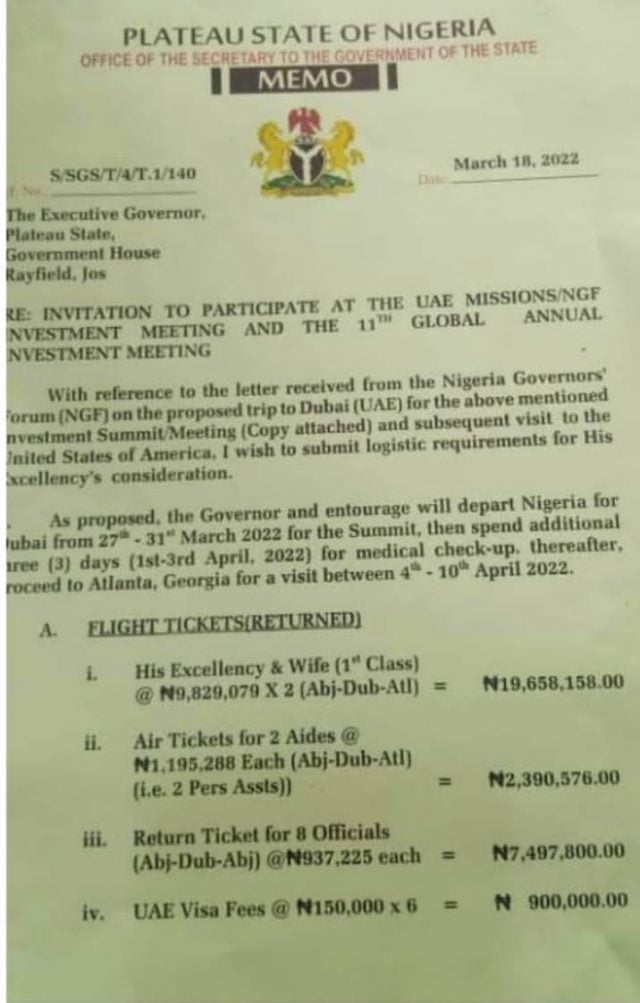 In a letter of request for approval to the Governor, signed by the Secretary to the State Government, Prof Danladi Abok Afu, which was obtained by The Eagle Online, the request to fund Governor Lalong and his entourage to attend the 11th Global Annual Investment Meeting in Dubai, scheduled for March 27, second day of the APC National Convention, to March 31 has been made.

Apart from the estacode, the letter of request indicated that the flight tickets for a return in the First Class cabin for Governor Lalong and his wife from Abuja-Dubai-Atlanta-Abuja will gulp N19,658,158.

The ruling APC chieftain is billed for a medical checkup between April 4 and 10, 2022 in US after the Dubai Business Summit. 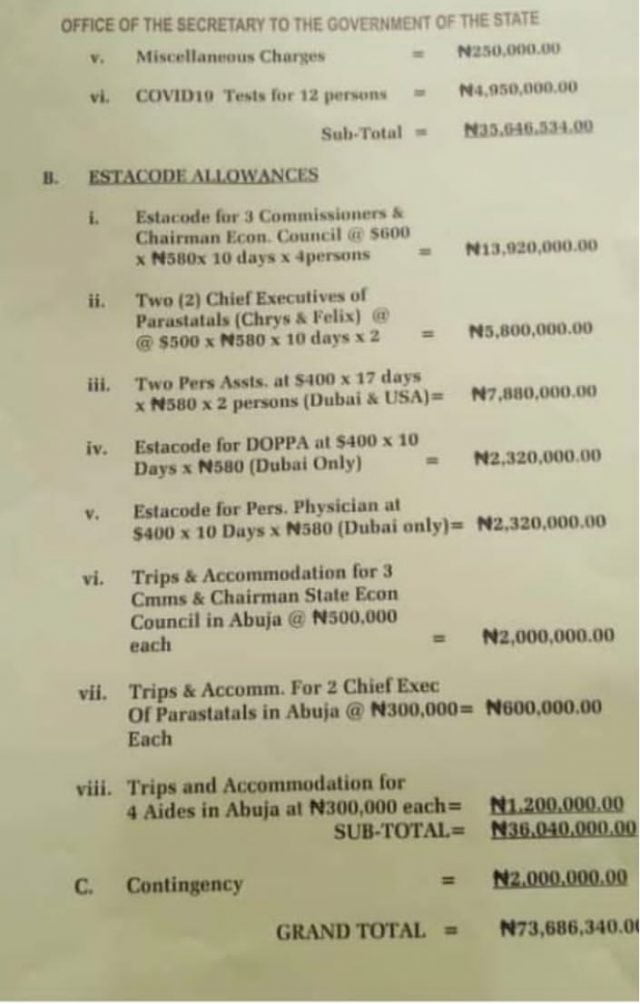 Similarly, the cost of flight tickets for the Governor’s two aides, according to the request letter, is put at N2,390,576 for Abuja-Dubai-Atlanta-Abuja.

Again, the return tickets for Governor Lalong’s eight officials, Abuja-Dubai-Abuja, was aggregated to N937,225 per official, making the sum for the eight aides to stand at N7,497,800.

The second part of the request letter put estacode allowances for three Commissioners and Chairman of the Economic Council at N13,920,000. 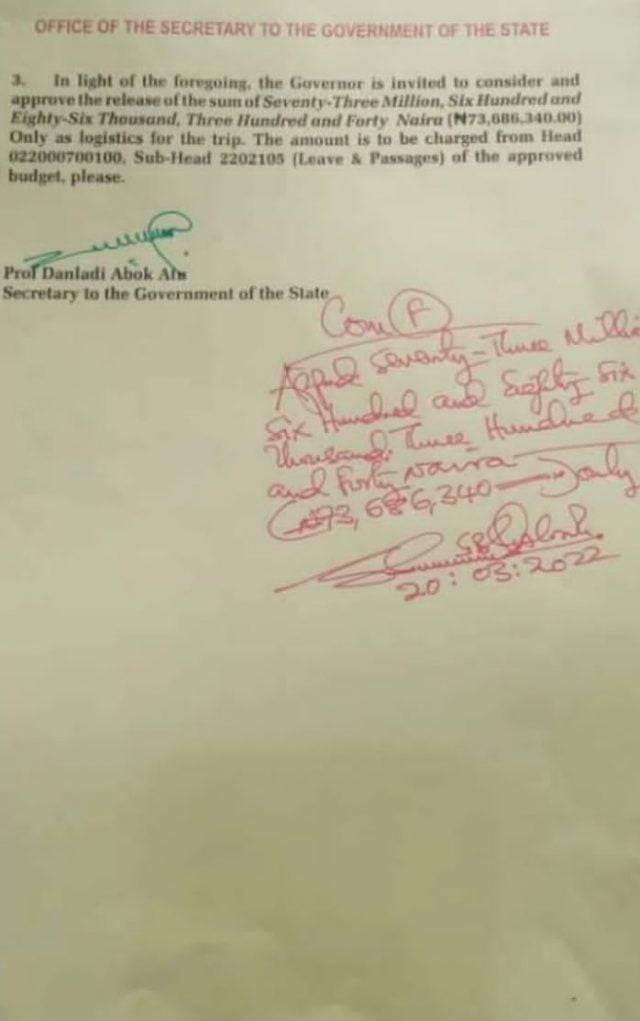 Similarly, a total of N2,320,000 estacode was voted for personal physician for Dubai only and 10 days.

Again, the letter of request showed trips and accommodation for three Commissioners and State’s Chairman Economic Council in Abuja at N500,000 each.

Governor Lalong is the Chairman of the ruling APC National Convention sub-committee on venue, sites and decorations.

It is not really clear yet if the Governor will actually be able to embark on the trip as scheduled, especially as the National Convention of the APC is likely to extend till Sunday, when he is expected to take off to Dubai.