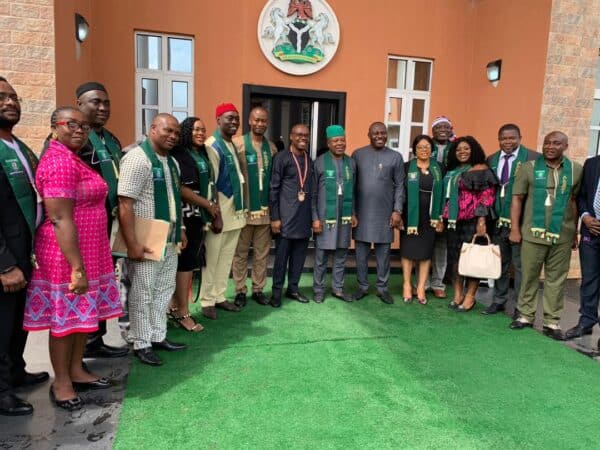 The Imo State Governor, Rt. Hon. Emeka Ihedioha, has charged the leadership of Imo State University Alumni Association to always speak truth to power and engage the Government regularly.
Ihedioha gave the charge when the group paid him a courtesy call at Government House, Owerri.
He noted that the Alumni Association as an elite group should be bold enough to speak truth to power when the need arises, stating that the welfare of the students whom they left behind should be of greater interest.
The Governor who said that constructive criticism will help keep his government in the right path, noted that freedom of speech is a fundamental right of Nigerians.
In his speech, the President of the IMSU Alumni, Prince Ezeala Akano, said the visit was to invite the Governor to their annual global convention that will hold at Imo State University, and to congratulate him on his overwhelming victory at the 2019 elections.
Akano described the massive support which the Ihedioha administration has enjoyed from the masses as a testimony to the governor’s acceptability.
He expressed the readiness of the Alumni body to partner with the Government in the actualization of the Rebuild Imo vision.