The drum beats, dances and shouts of joy woke up the city! The joy and excitement knew no bounds recently when the State Executive Council was inaugurated in Bayelsa State six months into the Prosperity administration of Governor Douye Diri. The selection of the commissioners was systematic as all the 24 constituencies have a representative each in the cabinet to show the spread and political balance. It takes a very considerable and people – driven leader to take such a popular decision.

The people had waited for this joyous moment to happen and the expectations had been on display since the Governor forwarded the names to the State Assembly for screening and confirmation. And thereafter, the swearing-in ceremony followed for real work to begin. 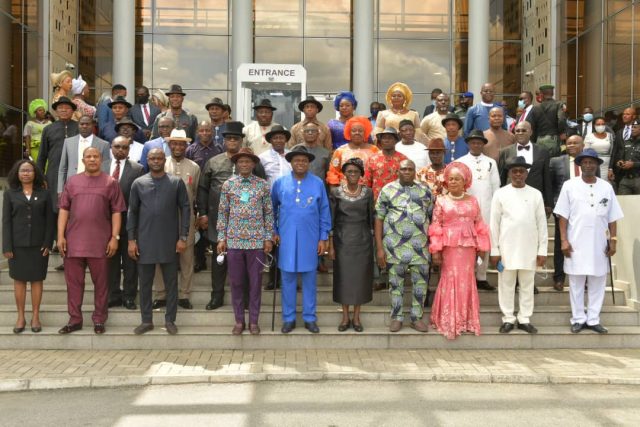 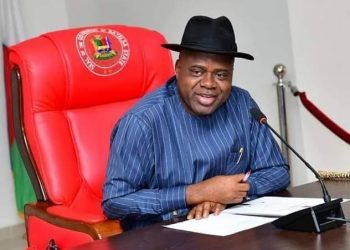 On the fateful day of swearing-in, no one needed a megaphone to tell the World that something big was happening in town as many followed the popular saying, ‘rejoice with those who are rejoicing’. The atmosphere was charged and electrified as family, friends and political associates thronged the gate of the Creek Haven, Government House to be part of the epic ceremony. The state capital was agog, drum beats, and dances that usually come with celebration were all over and it was indicative of a new dawn for good governance.

Yes, in that spirit of celebration, the charge to the new appointees by the governor showed there is no longer time to waste in this journey to prosperity. Governor Diri, congratulated and welcomed them on board but added that the task of actualising the dream of the founding fathers of Bayelsa State, and making it an investment and business hub destination that will truly be the “Glory of All Lands” require them being innovative and creative in generation of ideas for development in their respective ministries.

“With the inauguration of this Executive Council, you are expected to hit the ground running and put the necessary structures in place to fulfil the hopes and aspirations of the administration. Be prudent in the management of our scarce resources”, Governor Diri stated.

The cabinet did not waste any time to hold its maiden meeting of the State Executive Council the next day and a very business-minded governor restated that agriculture remains a topmost priority of the present administration alongside the building of a new set of entrepreneurs through more investments in small and medium scale businesses.

“Our people must begin to earn genuine living through the work of their hands. The Ministry of Information alongside my earlier appointed media team must engage our people on the need to embrace more productive ventures to earn a living. Commissioner for Agriculture and Natural Resources, you know that work has started immediately. Honourable commissioners, your assignment to the different ministries was based on your rich pedigree, corporate experience and farming exploits and we trust you will break new grounds. And together with the Commissioner for Trade, Industry and Investments, we want to create prosperity in the land,” Governor Diri stated.

The assignment of Alagoa, for instance, to Agriculture and Natural Resources was just apt being square peg and square hole as an experienced farmer. The Governor surely wanted a man with capacity and high sense of public accountability and that exactly he found in Alagoa, who had a great career in the corporate environment.

Of course, Dambo is an accomplished legal practitioner and his choice as Attorney-General and Commissioner for Justice, received wide acceptance. Also, appointment of highly experienced surveyor Teibowei as Commissioner for Works and Infrastructure, provides a vista of hope for massive infrastructural development in the State.

And the beats go on for the Governor who has picked a formidable “First 11” to serve in his cabinet. Beyond satisfying the expectations of political actors through appointments, Governor Diri, has demonstrated the political will since inauguration on February 14, 2020, with certain actions including restructuring of the ministries and the urban renewal agenda. And now that he has put in place a sizeable cabinet made up of capable, resourceful and experienced hands, the Prosperity Administration is clearly making a bold statement to steer rapid development in the various sectors.

The inauguration of the State Executive Council made up of highly experienced professionals has, therefore, “essentialised” the belief that the prosperity administration is on the right course and has placed service to the people above political considerations. People-centric and service-delivery actions have become synonymous with the Diri-led government.

Although many construction works are yet to commence, the many policy directives and steps cutting across the civil service, education, health, agriculture and security sectors all point in the direction of a government that means business.

Indeed, six months down the line, Governor Diri, has proved bookmakers wrong on his level of preparedness coupled with genuine intentions at changing the face of development to surpass achievements of previous administrations. A man of hope and practical politician, Diri, is being clearly guided by the principles of General Dwight David Eisenhower, the 34th US President, who believes that pessimistic generals never win a war but a pragmatic leader does.

The Governor has displayed pragmatism since assumption of office. Unarguably, the most qualified and prepared candidate for the office of Governor of Bayelsa State, having worked in the civil service as a secondary school teacher, then went into private business, elected into foremost Pan-Ijaw body, Ijaw National Congress as Organising Secretary, later became Executive Secretary, Centre for Youths Development in the State, appointed Commissioner for Youths and Sports, Deputy Chief of Staff, Principal Executive Secretary to the Governor, member of the House of Representatives and then served briefly in the Nigerian Senate where he represented Bayelsa Central Senatorial District before his election as Governor. What an intimidating profile of a man well groomed for a leadership position?

And the choice of Chief Collins Cocodia, as the Special Adviser on Political Matters, was well received in the political circle because of his commitment to the aspirations of the government. Yes, he understands the dynamics of politics in Bayelsa State and more importantly, the appointment is a reward for hard work by Cocodia, who served as the Director-General to the Diri’s campaign as an aspirant leading to his emergence as the flag bearer of the People’s Democratic Party (PDP). Surely, Diri, knows his people and will base on their capacities accordingly, place them in proper positions.

The assignment to Cocodia, according to the Governor is very simple: “Go and reconcile our people. Whether PDP or APC, we are all Bayelsans. As a government, we will continue to speak love, peace and unity for the general well-being of the people. We call on the opposition to join hands with us to move this State forward.”

Miraculously, he came to power; he has continued to win a series of mundane court battles that were lined up to distract him. Diri, is in a comfortable driver’s seat taking Bayelsa State to the promised land. A man of great calmness, wisdom and good disposition, is steadily making progress and with the support of all to the new cabinet in place, indeed a new Bayelsa truly beckons for the prosperity of all.

. Oredipe is Director/Co-ordinator of New Media to the Bayelsa State Governor.