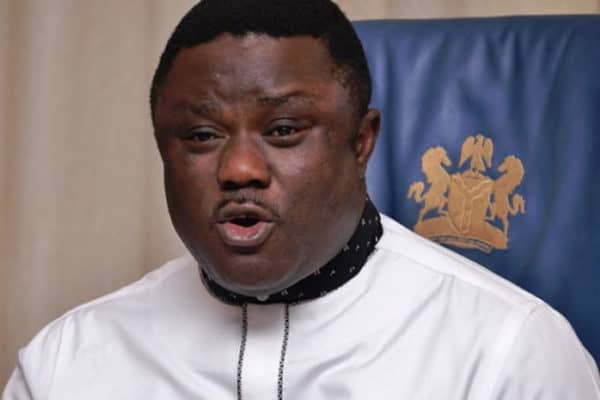 Governor Ben Ayade of Cross River State has warned warring communities in the state to sheath their swords or face the wrath of the law.
The governor described as unacceptable the renewed hostilities in Abi Local Government Area of the state.
The warning was contained in a statement by Christian Ita, the Chief Press Secretary to the Governor, on Monday in Calabar.
The warning is coming on the heels of the state Police Command’s confirmation of the beheading of a father and son in a renewed hostility between Usumutong and Ebom communities in Abi Local Government Area of the state.
The police command made the confirmation through its spokesperson, DSP Irene Ugbo.
Ayade in the release asked the warring communities to tow the path of peace and avoid hostilities.
The statement said: “It is heart-rending to note that at a time government is working on consolidating the prevailing peace in Cross River, some communities have chosen to go back to the trenches.
“While security personnel have been mobilised to the troubled communities to de-escalate the crisis, I hereby call on the warring sides to halt every act of aggression.
“Government will not view with kindness further loss of lives and properties occasioned by avoidable communal crisis anywhere in the state.”