Less than a week after the Inspector-General of Police, Mohammed Adamu, warned policemen to stop indiscriminate use of their rifles, four policemen, attached to the IGP’s Special Intelligence Response Team, have been attacked by a gang in Ogoja, Cross River State.
According to sources, the operatives, even while staring death in the face, refused to use their rifles, knowing fully well that people were likely going to twist the story to paint them as the bad guys.
The four operatives, who were attacked on April 17, had machetes, stones and other weapons used on them by a gang Indian hemp smoking car snatching syndicate.
The source explained that the operatives embarked on an investigation, which started from Lagos State, leading them to Benue State and then Ogoja in Cross Rivers State.
The operatives were trying to recover a stolen Toyota Sienna Bus from a car receiver, identified as Ikenga, residing in Cross River State.
The operatives were deployed from the Lagos Annex office of the IRT to track and recover the stolen vehicle, which is property of Master Chapel, a church based in Lagos State.
The vehicle was snatched at gunpoint by four men identified as Peter, Ben, Ebuka and Johnson on November 8, 2018, taken to Benue State and sold to Ikenga for N250,000.
It was based on the confessions of the four suspects that the IRT operatives embarked on their journey with the sole aim of recovering the stolen vehicle.
The source said: “It all started on November 8, 2018 after a Toyota Sienna Space bus, belonging to Master Chapel Church in Lagos State, was stolen.
“I understand that IRT operatives were ordered by the IGP to follow up the case and recover the vehicle.
“IRT operatives arrested four principal suspects: Peter, Ben, Ebuka and Johnson.
“The receiver, Ikenga, was traced to Ogoja town, where he was found with the Toyota Sienna.
“The operatives approached and told him that he was under arrest for being in possession of a stolen car.
“The operatives showed him their identity cards.
“The suspect immediately shouted in his native tongue, calling on his men to attack the operatives.
“The attackers, who were smoking Indian hemp nearby, swooped on the detectives with cutlasses and knives.
“The operatives could have easily use their rifles to defend themselves because they knew that the story of the incident would be twisted and also for the fact that other innocent citizens around may be affected.
“The operatives decided not to use their firearms.
“The team escaped from the scene with Inspector Julius seriously injured.
“He had been stabbed several times and fell unconscious.
“IRT operatives rushed to Ogoja Police Station where reinforcement was sent to the scene, while the injured operatives were rushed to a hospital in Ogoja, from where they were referred to Teaching Hospital Makurdi, Benue State.
“It was at the Teaching Hospital Makurdi that all the detectives were admitted for treatment.
“Ikenga, however, escaped with the vehicle.”
It was learnt that serious efforts are ongoing to arrest the fleeing Ikenga and the thugs that attacked the police team.
The source noted: “The operatives weren’t expecting Ikenga and the thugs around him to be hostile.
“The policemen came peacefully.
“They introduced themselves to Ikenga.
“The operatives could have killed members of the thugs attacking them with their firearm but if that has happened, the story wouldn’t have been the same today.
“What you would have heard would have been different from what actually happened.” 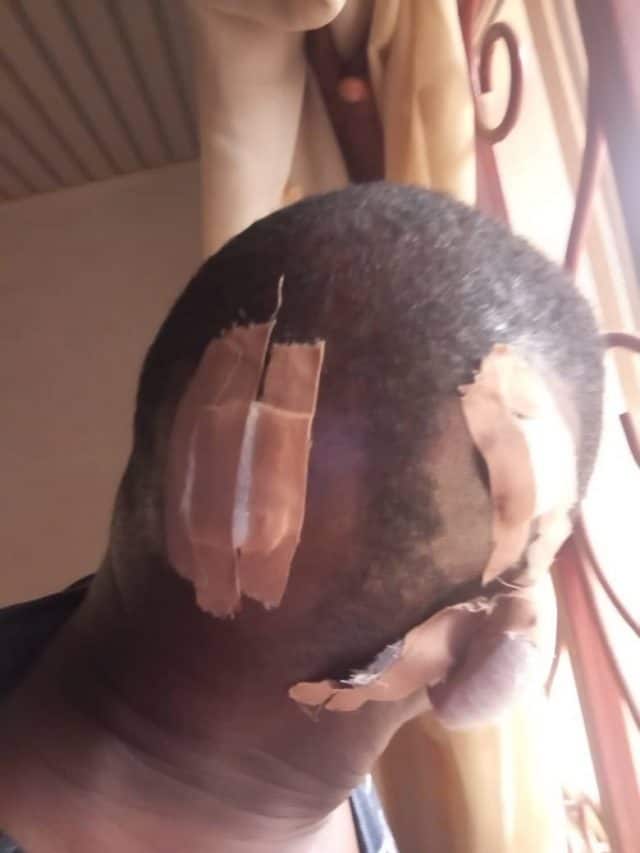 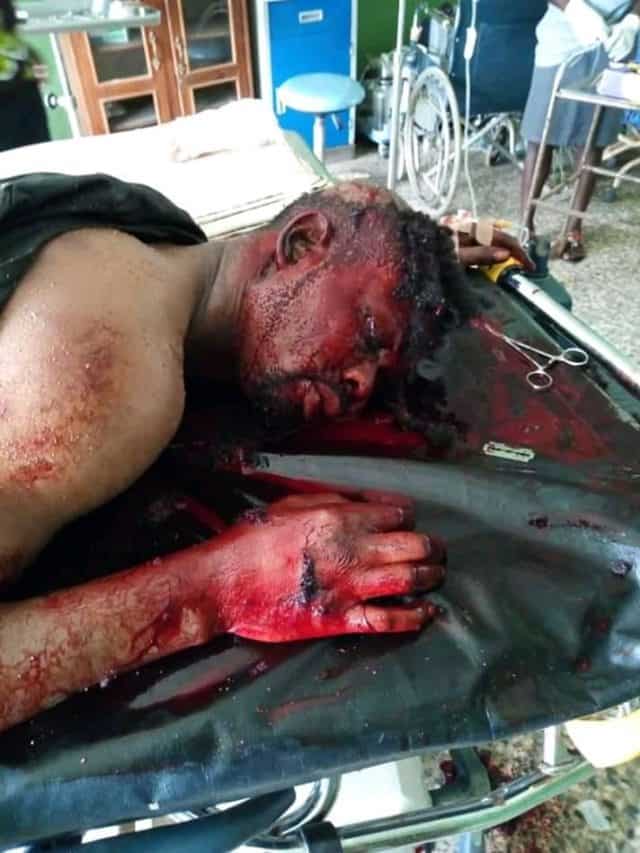 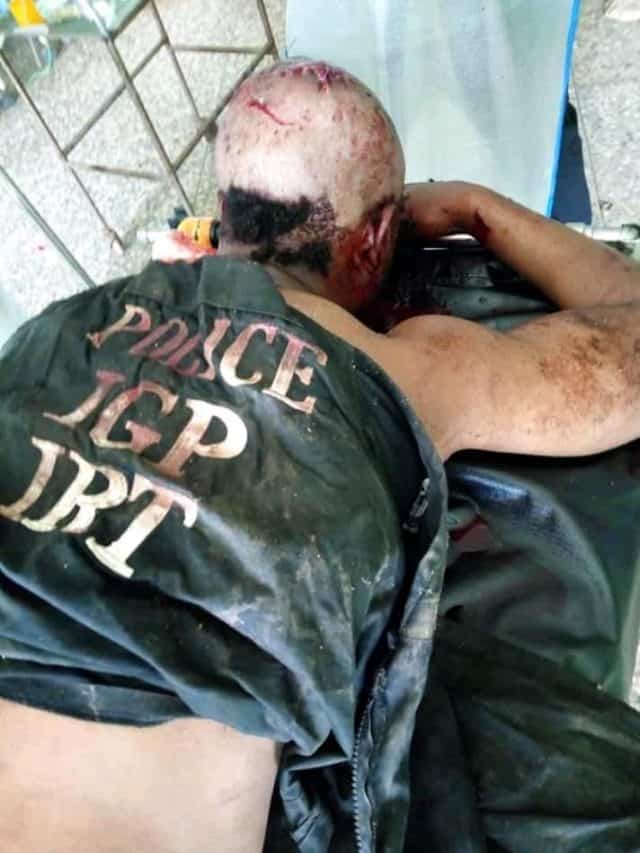 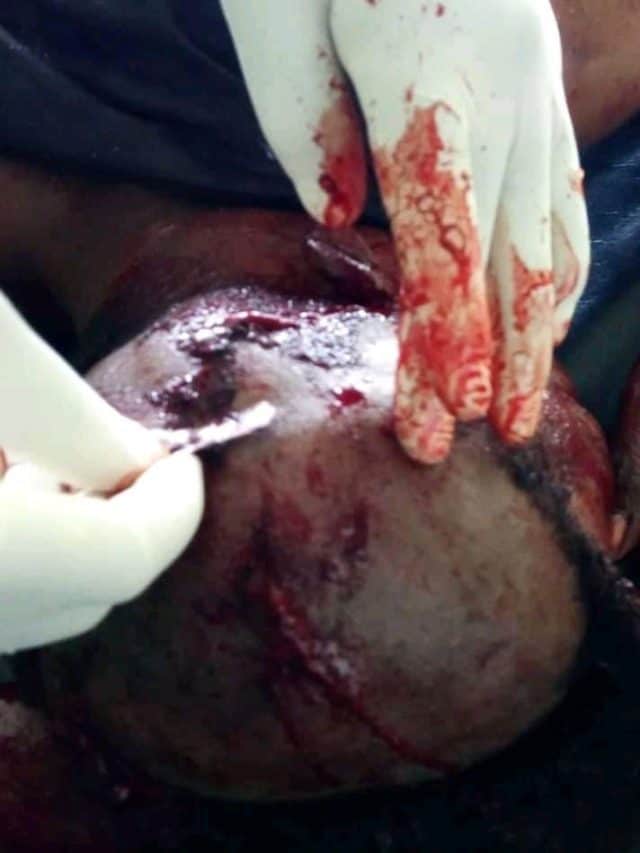 COVID-19: Nigeria has not reached peak of transmission — PTF