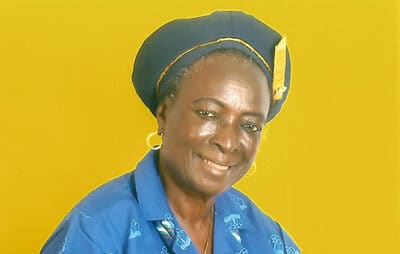 The Nigerian Girl Guides Association says Nigeria will achieve accelerated growth and development if it can check violence against the girl-child.
The Chief Commissioner of the association, Maria-Goretti Sule, made the disclosure at a news conference in Lagos on Friday.
The conference was the beginning of activities for the celebration of 100 years anniversary of guiding in the country.
The celebration, to end on August 24, has the theme: “One Hundred Years of Inspiring Girls.”
According to Sule, Nigeria needs proper enforcement of laws that protect the girl-child and enable them to be who they want to be.
Sule said over the years, the girl-child had been made to see herself as less important than the male, adding that she had suffered much violence.
She noted that there had been increased cases of rape of the girl-child by those who should be protecting her.
She said: “We have kept quiet for too long and I do not think we should continue this way.
“Every child needs protection, especially the girl-child.
“We have come up with the child protective Act and government must rise up to its responsibility in ensuring that it is given the required attention.
“We want bills against violence against the girl-child to be passed immediately in an attempt to put a stop to this disturbing trend both at the federal and state levels.”
Sule said the association would want Nigerian leaders to give more attention to tackling abuse of girls.
She said: “They should come up with child protection law; this is our area of concern and we want to see governments at all levels to see its speedy implementation.”
According to her, the association has played key roles in sensitising the girl-child to issues of gender, health, education, morals and community development with a view to build a better country.
The chief commissioner appealed to the federal and state governments to support the association by reinstating subventions to it.
The Chairperson, Central Organising Committee of the Centenary Celebration, Dr. Nene Iroakai, said activities for the celebration would include a thanksgiving service on Sunday and a Float Centenary Carnival and Games on Monday.
She added that the opening ceremony of the event would take place on Tuesday, adding that participants would visit Olumo Rock, National Conservative Centre and the Nike Art Gallery.
Iroakasi said over 1,000 participants from around the globe would participate in the celebration taking place in Lagos.
According to her, Onari Duke, wife of former Governor Donald Duke of Cross River State, will deliver the keynote address at the opening ceremony.
Others expected to play key roles at the event include the Wife of Lagos Governor, Dr. Ibijoke Sanwo-Olu; Wife of the immediate past Senate President, Toyin Saraki; and Senator Oluremi Tinubu.
The Wife of the Edo State Governor, Betsy Obaseki, and her Ogun State counterpart are also expected to attend the event.
The Nigerian Girl Guides Association, founded in September 1919 in Lagos under the leadership of Jane Stacey, is a non profit, non governmental association for girls and women.
It is a member of the World Association of Girl Guides and Girl Scouts, the largest voluntary movement dedicated to young women.