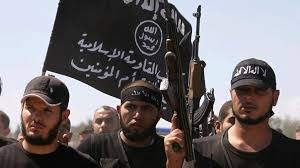 Share
Facebook Twitter LinkedIn Pinterest Email
Germany’s domestic intelligence agency says it has recorded hundreds of attempts by radical Islamists to recruit immigrants hosted in the country’s refugee centres.
Hans-Georg Maassen, Head of Germany’s Federal Office for the Protection of the Constitution, said on Sunday in Berlin that there are more than 340 incidences on record.
Maassen said: “But these are the only the cases known to us. Presumably there are even more.”
Maassen said workers at German refugee centres have already been made aware of the situation.
He said: “It worries us that Salafists and other Islamists are promoting their cause in asylum centres.
“We know that there are very many young men of the Sunni denomination among asylum seekers.”
The intelligence agency chief said such often come from a conservative Islamic background and want to go to an Arabic-speaking mosque every Friday.
Maassen also noted that there were also numerous radical Salafist mosques in Germany.
He said the Arabic-speaking mosques in Germany are not regulated and from the perspective of the state, there is very little the agency can influence.
Maassen said Islamist-motivated attacks had also taken place before a recent spate of violence in the past month in Germany, and that a policeman in the city of Hanover as well as a Sikh temple in Essen had also been targeted.
He said: “The lesson to learn from this is that we should not concentrate only on Islamic State, which may be sending terrorist units to Europe, as with Paris or Brussels.
“Instead it could be that individuals that are radicalized on their own or are given orders.”
Dpa/NAN.