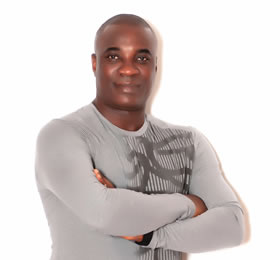 Genesis promotion boss, Ademola Oyefeso, has bounced back better after his incarceration for many years in the United States of America.
The New Jersey, United States of America-based promoter weeks back put together a two-in-one party in the United States of America.
The party was used to celebrate Nigeria’s independence day and his daughter’s birthday.
Since he was released from incarceration, Oyefeso has maintained a low life-style before he put together the resounding party, a house party, which had the Nigerian happening crowd, including star actress, Binta Ayo Mogaji, in attendance.
It was no doubt a fun house party.
A source said “Alasha,” as he is fondly called by fans, contributed immensely to the present status and acceptance that Nigerian music enjoys abroad, especially at his American base.
He is regarded as the one promoter that commands great respect among musicians and artistes, especially the Yoruba genre.
He, in fact, has promoted many of them.
Those he had promoted included K1 the Ultimate, late Sikiru Ayinde Barrister, Kollington Ayinla, Salawa Abeni, Lagbaja, late Orlando Owoh, Adewale Ayuba, Abass Obesere and Kola Ogunkoya.
Oyefeso’s problem started in late 2004.
Then speculations were rife about the nature of the problem, which majority thought was narcotics, but it was later discovered to be tax evasion.
Meanwhile, his incarceration has turned out to be a blessing in disguise because while in prison, he met with and signed a contract with the manager of Puff Daddy to promote and produce Nigerian musicians in the United States of America.