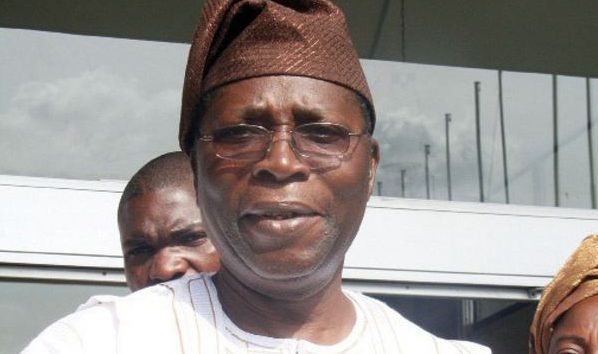 Tunde Oladunjoye, who served as running mate to the late General Tunji Olurin when he ran the Peoples Democratic Party governorship candidate in 2011 election in Ogun State, has expressed shock at the news of his demise.

Oladunjoye, who is the current publicity secretary of the Ogun state chapter of the All Progressives Congress, in a statement on Saturday, described Olurin as a man who gave a good account of himself.

The statement read in part, “I received this morning, the sad news of the death of the former Military Administrator of Oyo and Ekiti states, former Chancellor of Tai Solarin University of Education (TASUED) and  an elder statesman,  Chief Adetunji Idowu Olurin.

“A retired General in the Nigerian  Army, General Olurin gave a very good account of himself in various command posts, including his meritorious service as Commander of the Ecomog Force in Liberia, for which he got decorated severally.

“I was privileged to be his running-mate for the 2011 governorship election in Ogun State on the platform of the Peoples Democratic Party (PDP). As a political leader and mentor, I knew him to be strict disciplinarian, modest-living, courageous, good listener and a strategist with profound foresight.

“While praying to God to grant his soul eternal rest, and his family succour, I commiserate will all his family members, professional and political  associates, especially  our leader and former President of Nigeria, Chief Olusegun Obasanjo.”

They have eyes but cannot see. Pity!, by Femi Adesina