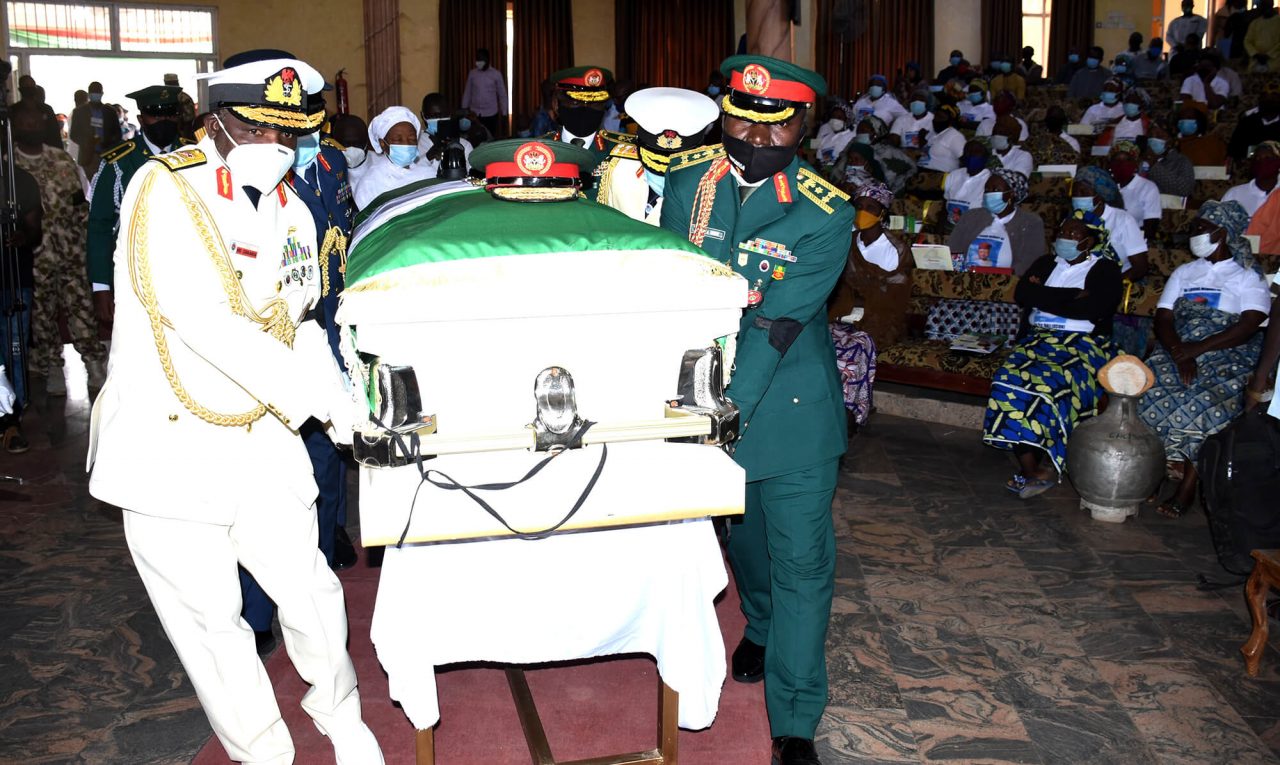 The Minister of Defence, retired Major General Bashir Magashi, has described the late General Domkat Bali as a mentor and an inspiration to several officers, serving and retired.

Magashi stated this on Monday in Langtang at the burial of late Bali, a former Minister of Defence, who died on December 4 at the age of 80.

He said Bali would be fondly remembered for his dedication and commitment as a military officer as well as his numerous landmark contributions to Nigeria’s unity and development.

He said: “Our country, no doubt, has lost a true rare gem.

“He was a great son of Nigeria and a glorious shining star for many.

“We must therefore, do all that we can to honour him even in death by upholding the virtues which he firmly demonstrated.

“He was widely known for his uncommon loyalty to his country, a virtue which at this critical period of nationhood, Nigeria demands from all of us.”

The Minister described the death of Bali as a sad and trying period for the Nigerian Armed Forces and the country.

According to him, the late Bali had a glorious career in the Nigerian Army and the Armed Forces, in the course of which he served the nation gallantly in several capacities.

Magashi said: “In retirement, his people found him worthy and bestowed on him the title of Ponzhi Tarok, the paramount ruler of the Tarok people of Plateau.

“The late General Domkat was an icon of professionalism, bravery and discipline, and he aptly demonstrated these attributes throughout his national and international military assignments.”

Magashi expressed his heartfelt condolences to the late general’s family, particularly his beloved wife, Esther Bali, his children, Nanna and Ponfa, as well as the Government and people of Plateau.

The News Agency of Nigeria reports the late Bali was buried according to military tradition.