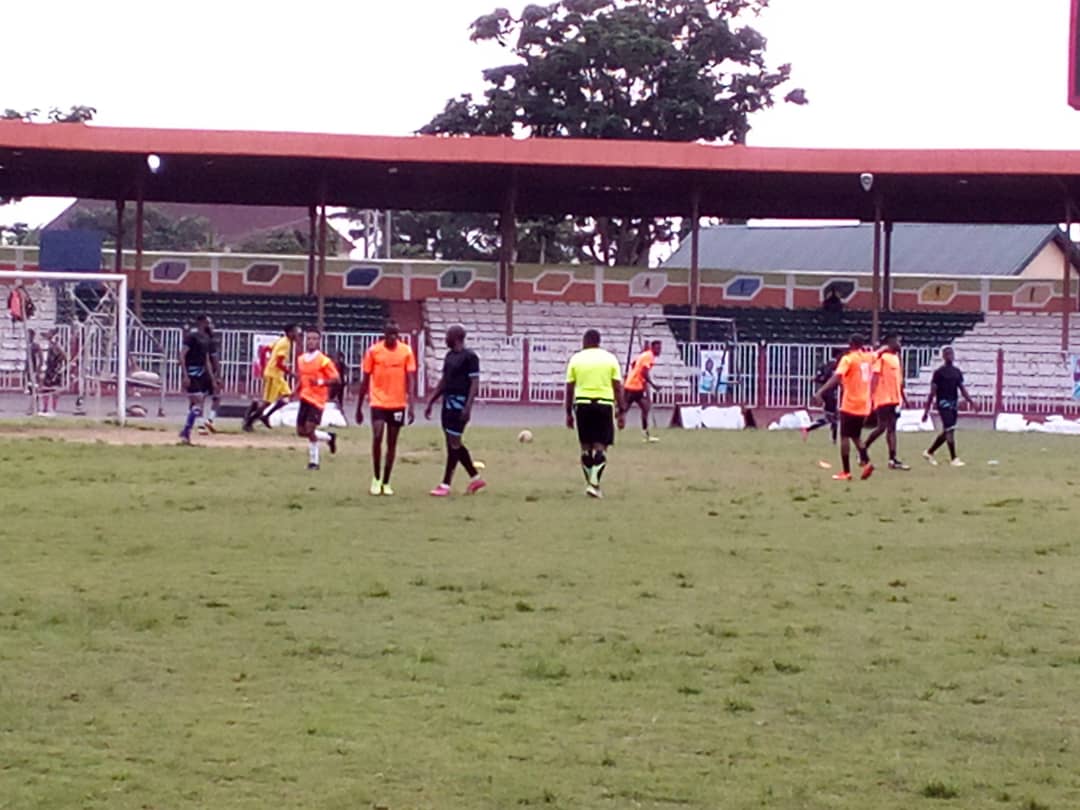 An International youth-based Nongovernmental Organization, YouthHub-Africa, has organized a soccer tournament as a platform for ending violence against women and girls in Ebonyi State.

The tournament was put together in collaboration with other youth, rights and women-based organisations operating in the state.

It was targeted at using common interest sports activity, particularly football, as a means of bringing men and youth males together to discuss and fashion ways towards ending Gender-based violence (GBV), especially as it relates to violence against women and girls (VAWG).

The three-week long event also featured trainings, interactive sessions, and expositions on the dangers and legal consequences of violence against persons.

Speaking during the grand finale and closing ceremony of the tournament in Abakaliki, Ebonyi State capital on Friday, the Ebonyi State Field Officer for Youthhub-Africa, Augustine Onwe, explained that the event was part of the organization’s male engagement activities, under the European Union (EU), United Nations (UN)- Spotlight Initiative.

He noted that there was the urgent need to increase the level of male active involvement in protecting women and girls rights as well as shielding them from both domestic and other forms of abuses and violence.

Onwe said: “Men are always being accused as the major perpetrators of Gender-based violence, and we know it is very important o engage men and boys when it comes to protecting women and girls because every man or boy has a mother, a sister, a wife or even, a girlfriend.

“There is the need for us to live in a very safe community where women and girls will thrive in equal opportunities and rights with their male counterparts.

“Under this actually, we wanted to reach men in their comfort zone: men like watching and playing football.

“So we thought it wise that while they do what they like doing, we can also discuss this very important issue.

“This is why we put up this football tournament.

“We started this tournament on 25th of July, and we have played a total of seven matches.

“Today is the grand finale which is the 8th one.”

Onwe further noted that the young men, through the period were engaged in various topics bordering on GBV: forms, legal provisions, reporting centres and the role of the men in ending GBV, among others.

“So, the tournament will not only produce match winners but champions in ending violence against women and girls in their communities.”

Speaking to newsmen, the representatives of other CSO/NGO collaborators: George Etamesor of the National Human Rights and Conflict Resolution Centre, Abakaliki; Goodness Mgbaja of Civil Resource Development and Documentation Centre (CIRDDOC) and Oluchi Nwite of Women International League for Peace and Freedom, WILPF, described the event as worthwhile.

They encouraged participants to spread the knowledge garnered at the training and the interactions to advance the cause of human rights in their various domains.

Etamesor, Director of Human Rights and Conflict Resolution Centre, Abakaliki, and one of the training  facilitators during the event, stated: “In each of the games we do, we always pick a particular topic, before and after.

“We also played videos and discussed them.

“We talked about rape; its dimensions and the issue of consent.

“We also talked about talk and sexual harassment as well as Intimate Partner Violence, IPV, among others.”

Others who spoke, including the State Director, National Human Rights Commission, Christopher Okorie; Coordinator, Ebonyi State GBV Taskforce, Faithvin Nwanchor, and Cecilia Ewa, Director of Planning, Research and Statistics, Ebonyi State Ministry of Women Affairs and Social Development, who represented the Commissioner, Chinwe Okah, commended YouthHub-Africa for their activities which have impacted so much in the lives of young people in the state.

They admonished the teams and other participants to practise what they learnt during the programme as well as build networks against GBV/VAWG in the state.

“Youthhub-Africa is one of the popular CSOs under our Ministry.

“They have done tremendously enough in the development of our youths through sports and other forms of capacity building.

So, on behalf of the Honourable Commissioner, Mrs Chinwe Okah, I say thank you to them,” Ewa said.

One of the participants, and the Team Manager of AG United, a grassroots football Club in Ebonyi State, in his reaction, said they have learnt a lot through the programme.

He appreciated the organizers, pledging to step down the training to his peers in particular, and his community in general.

“One thing about this programme is that they didn’t just teach us, they made us teachers.

“So we are going to pass this message from one place to another, as boys and youths, letting people know those things we have been ignoring or not aware of which either constitute or aide and abate violence against women and girls.”

YouthHub-Africa is an organization that principally builds the capacity of young people to bring positive change in their communities, and the society in general.

The organisation works principally on three thematic areas of Education and girl-child literacy, sexual and reproductive health rights and Governance and Accountability.