Gbajabiamila has lost touch with realities of the present situation- YOV 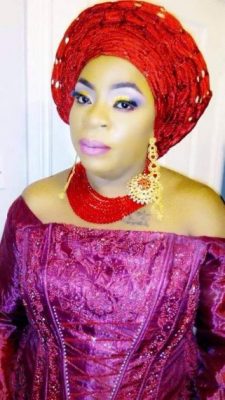 Yoruba Diaspora group, Yoruba One Voice (YOV) on Wednesday said with the statement credited to Speaker of the House of Representatives,  Femi Gbajabiamila, that the Indegenous People of Biafra(IPOB) and the Yoruba nation agitators are not different from Boko Haram, is an evidence that the speaker  has lost touch with the realities of the present situation in the country.

YOV, in a statement by its Publicity Secretary,  Omoladun Orolugbagbe, said the speaker was part of the conspiracy that brought Nigeria to its knees, disclosing that Gbajabiamila had always been a sell out with no history of commitment to the ideals of the common people in Nigeria.

Orolugbagbe said: “The statement was a testimony of where he was coming from. Having been in the Green Chambers as a lawmaker for a period of four terms consecutively, and reaching the highest position of a speaker of the lower Chambers, it speaks volume of Gbajabiamila’s  failures and that of his political allies who have deliberately put Nigeria to its abyss.

“He surely has his eyes in the presidency in 2023, that is why he is always doing the bid of his political masters.

“Yesterday, President Muhammadu Buhari sought another $4bn loan, the lawmakers under Gbaja as a Speaker had apparently approved loan sought by President Buhari up to the tune of about $45bn without a single idea or  thought of the backlog of loans and the amount involved in servicing these loans. This is ridiculous, however, it is the duty of the lawmakers to check the excesses of the executive, especially, when it has to do with the future of the country.

“Yoruba nation agitators are law-abiding people, and they carry out their activities with precautions and moderation, so it is purely an understatement for a lawyer and lawmaker to describe the law-abiding people of our race spreading across the world as terrorists just because of his political ambition.

“But saying IPOB and Yoruba nation agitators are not different from Boko Haram is nothing but a blackmail and complete misjudgment. He is a politician without political ideology and beliefs. And Gbajabiamila should note that Yoruba will always remember him for this, either now or in the future, “the YOV Publicity scribe said.