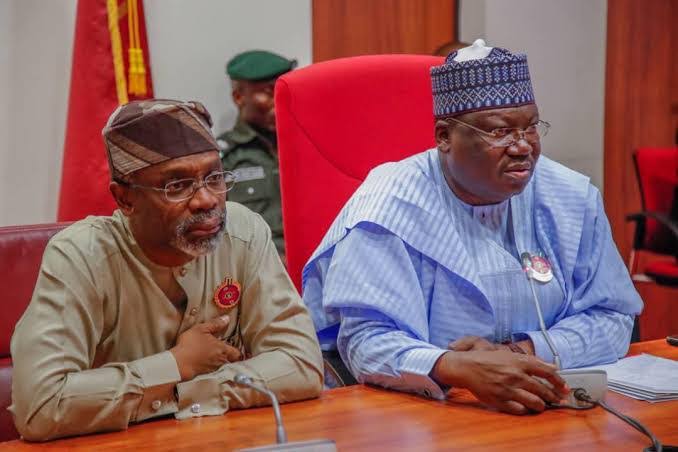 Share
Facebook Twitter LinkedIn Pinterest Email
The Speaker of the House of Representatives, Rep. Femi Gbajabiamila, has felicitated with the President of the Senate, Senator Ahmad Ibrahim Lawan, as he marks his 62nd birthday.
Gbajabiamila, in a congratulatory message, described the President of the Senate as a worthy partner and dependable ally in the task of nation-building.

He said Lawan has brought his wealth of experience to bear since his assumption of office as President of the Senate, being the most ranking member of the National Assembly to date, having served as a member of the Green Chamber between 1999 and 2007 before joining the Senate where he has been ever since.

The Speaker, who paid glowing tributes to the President of the Senate, said together, they have been working assiduously to give Nigeria and Nigerians legislation that would enable good governance in the country.

Gbajabiamila said: “I consider Distinguished Senator Ahmad Lawan, who is the President of the 9th Senate, a democrat and a patriotic Nigerian who believes in delivering good governance to the Nigerian people using the Legislature.

“I must say that the President of the Senate comes across as a very committed and dedicated lawmaker to the Nigerian project. In the past one and a half years, we have worked harmoniously to take the country forward.

“As you mark your 62nd birthday, I wish you God’s guidance and protection.”