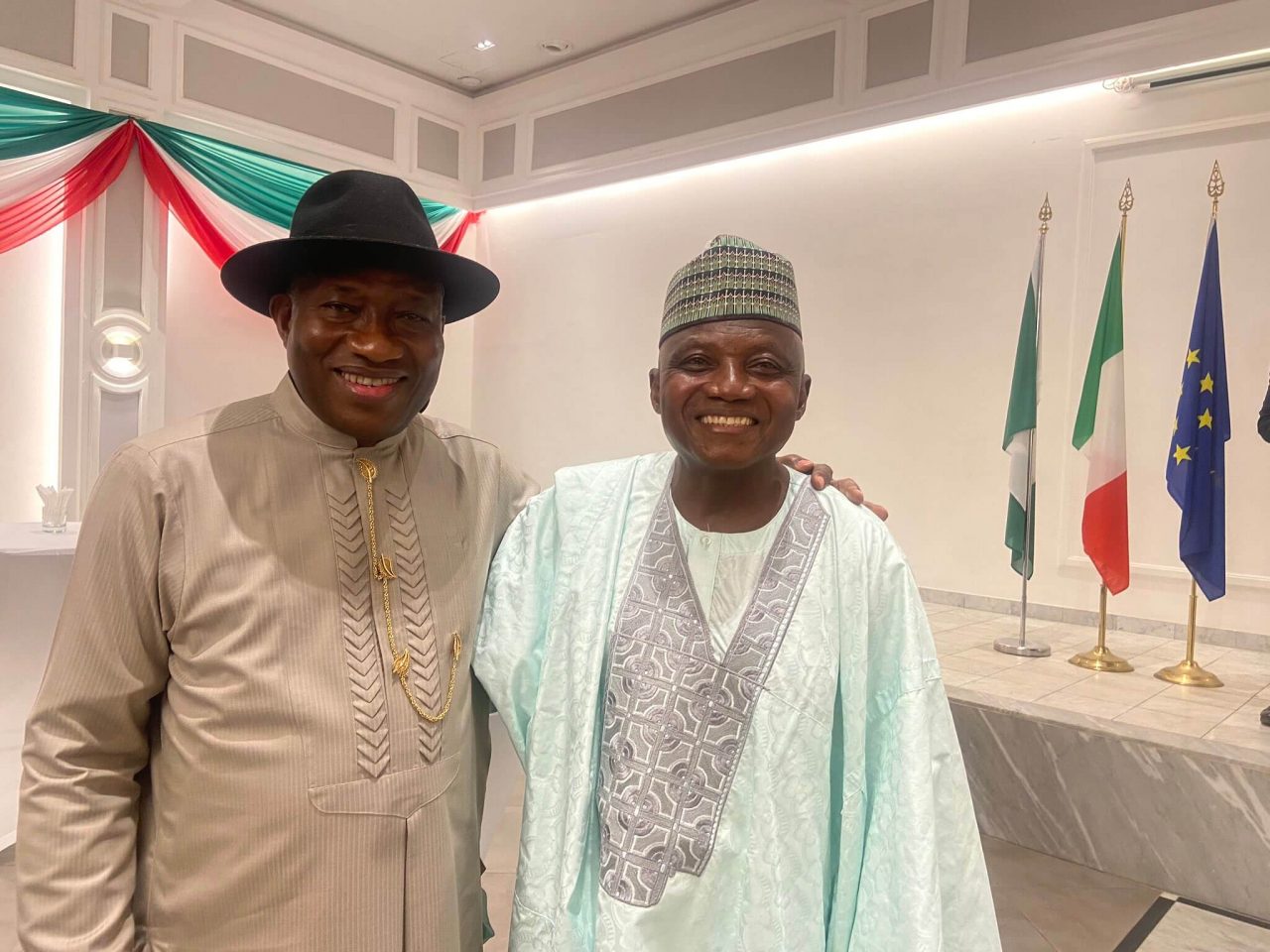 Shehu had in a write up attached to the photograph said he ran into Jonathan at the Italian National Day in Abuja.

“I just ran into President Goodlluk Jonathan at the Italian National Day event this evening at the Fraser Suites Hotel, Abuja.

Between 10pm on Thursday and the early hours of Friday, there had been over 2,000 Comments, Likes, Retweets and Quote Tweets.

Yet that was not the only photograph Shehu posted from the Italian National Day event on Thursday.

He also posted another one with Cardinal John Onaiyekan.

However, the interest in the photograph with Jonathan soared above any other because of event in the last four weeks that appeared to position the former president as Buhari’s preferred Southern successor.

One of those who replied to the publication of the photograph: @OvieNews, wrote: “Sahara Reporters: ‘Garba Shehu meets with Buhari’s consensus candidate.’”

Another tweep: @lollylarry1, tweeted: “Rufai Oseni: Buhari will shock them, did you see who Garba Shehu met with yesterday? Then he’ll add that his deceptive smile 😂.”